3 Exciting Features Arrive On Black Desert Xbox One This Week

3 Exciting Features Arrive On Black Desert Xbox One This Week 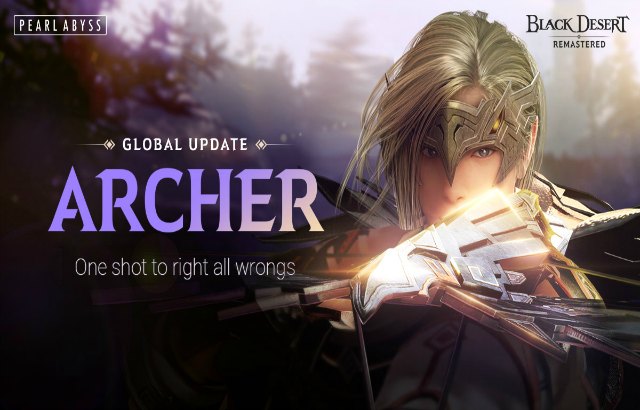 Black Desert Online is Korea’s premier MMORPG, boasting beautiful graphics, soundtrack, world design and of course, its ground-breaking combat system and character creator. Since its recent launch to consoles, the game has been gradually adding new content to catch up to the PC versions. This week for the Xbox One, here are the top 3 new features added that should get players excited for this major free update.

The Archer is a highly mobile class capable of shooting enemies while simultaneously dodging their attacks. Even against insurmountable odds, he is able to escape death’s grip. The Archer is able to utilize two weapons right from level 1, including his main Crossbow and the awakening Greatbow, freely switching between the two while casting magic such as Meteor Dive and Winged Strike to defeat his enemies. The addition of this popular class should make dealing with enemies from range a fun experience.

Kamasylvia, the lush forest region and birthplace of the elves, contains a wealth of unique areas for Adventurers to explore. Visit vast grasslands, dangerous woods and massive temple ruins while battling formidable enemies and terrifying bosses. Experience majestic landmarks such as the massive remains of the Old Wisdom Tree or the impressive mountain range surrounding the Altar of Training. It’s always exciting when Black Desert Online expands the world with new region. While this isn’t exactly new for the PC, Xbox One players can finally tread new ground and there’s more to come in the future.

Adventurers can now travel the world of Black Desert with a new fairy companion, Laila. She has the ability to imbue players with various skills such as Tingling Breath and Feather Steps to help them on their journey.This fairy companion can be obtained through through the ‘Fairy Queen Theiah’ quest received from the Black Spirit. That’s not all however, as starting on August 14, for a limited time only, Adventurers will be able to take part in several exciting events. Gather ingredients for alchemy and trade in Archer Seals to receive various rewards. Players can also participate in an in-game photography contest for a chance to win Xbox Gift cards

If the free update featuring the above features weren’t enough, there’s more good news. Players on Xbox One can play for free beginning today, August 15th until August 18th with Xbox Live Gold. Besides that, the game Bundles and their various versions are also heavily discounted. Players can expect a discount of up to 50% off for game packages, which is a good deal down the road. Is Black Desert Online worth playing and paying for? If you enjoy a good Korean MMORPG with those graphics and gameplay, it’s probably worth it. Remember, there aren’t a whole lot of decent MMORPGs on the Xbox One console, so take advantage of the BDO sale while it’s still running. Unfortunately if PC is where you want to be playing, there are no discounts at the moment but stay tuned, you’ll never know when another sale of free play period will arrive!