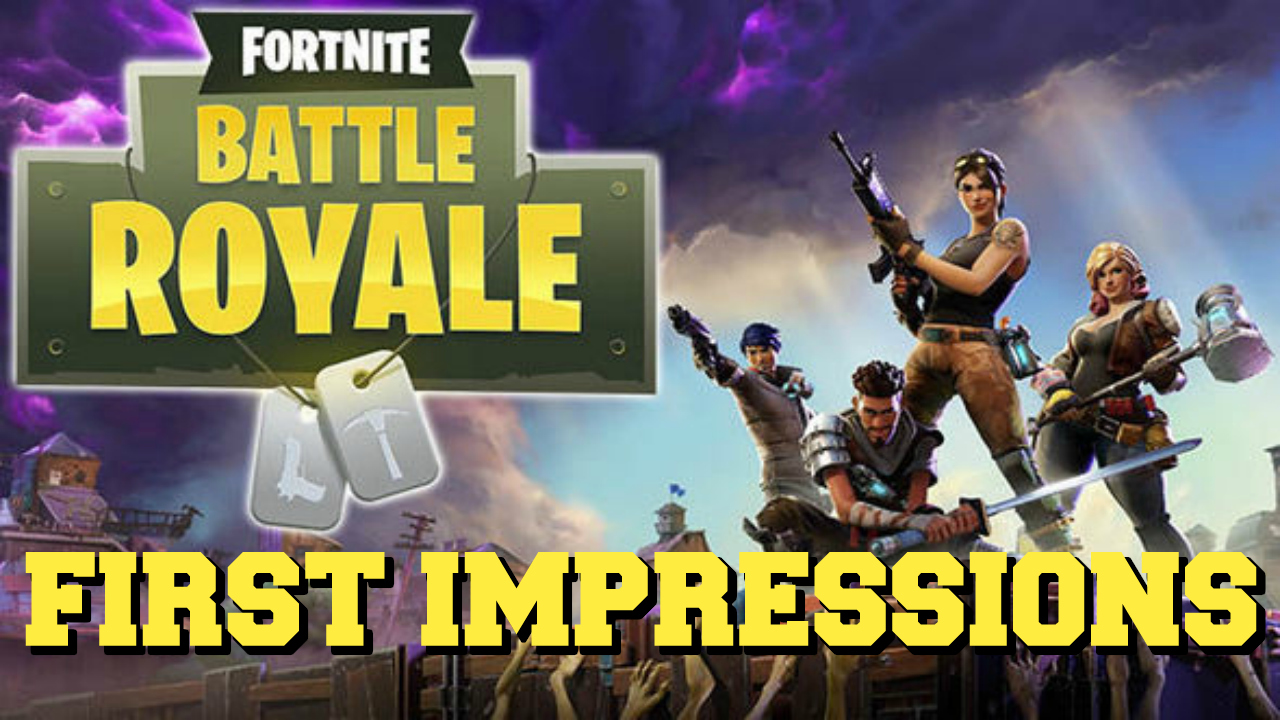 Fornite’s Battle Royale mode is garnering quite the attention. Since its arrival, the game is shooting up in popularity thanks to its notorious similarity to PUBG. It achieved infamy when PUBG themselves took notice and wondered if they should take action. In all fairness though, games do take inspiration from each other in the market and it’s not exactly copying. So being curious and keeping in mind that it is free to play, I jumped in to see what the fuss is all about. Here are my three initial thoughts about Battle Royale.

Fornite’s Battle Royale has got one thing right – it’s offering the game mode for free. That no cost point of entry is fantastic for bringing in players, and the ever growing player base shows. The main Battle Royale mode gives you a choice of either solo or squad play for up to four players. What’s great is that there’s loads of servers to connect to as well, which means better ping and latency wherever you are. Brazil and Asia are the latest servers on offer, to complement NA, EU and even an Oceanic server. All this simply means that games and map queues fill up within reasonable time no matter where you are in the world.

Once you’ve queued up and found a match, it’s time to roll. You’re taken to a pre-match area in which you’ll get a glimpse of all those players you’re up against. It’s also a good place to learn your keybinds and stuff considering there isn’t a tutorial. But don’t worry, you won’t need it. The Battle Bus then drops everyone onto a huge map (players choose when they jump off and glide to a location) and the 94-player Battle Royale begins. Getting started is quick and easy for everyone, but there’s more to it than that as I found out.

#2 It Has The Recipe But Needs More

Mid-air and gliding down, I look around the map for somewhere safe I can land. I see little watchtowers, houses and a mini town hub of some sort. I decide on the latter, hoping to find a weapon of some sort and matching ammo. Everyone in Battle Royale begins with a pickaxes. Standard issue melee weapon that doesn’t do a whole lot against a much better armed opponent. Thus, it’s super important to be one of the first few to dive into supply areas like towns and houses to grab guns. There’s a bunch of varieties that you’ll come across, from pistols to automatic rifles and sniper rifles. These will definitely help you stay alive for as long as possible, if your aim is good.

But scavenging weapons, hunting and killing is just one aspect of the Battle Royale match. One of Fortnite’s core features is also included, which is the resource gathering and building. That pick-axe you start with, actually has some use. You can hack down trees and other stuff for wood and metal, and then head into build mode to start laying blueprints for shelters, barricades etc. It’s an interesting concept for a free for all shooter, and it gives players some strategic aspect to mull over, especially for squad play. However, beyond those two key features, it’s rinse and repeat. If BR truly wants to stand out, it needs to keep evolving and adding more than what PUBG or any other copy cat can already do.

#3 Lootboxes Will Eventually Impact The Game

Yep, I get it. Neutrals and purists hate them, and as soon as they are introduced, things can get pretty toxic. Fortnite does indeed have plans to introduce lootboxes for Battle Royale, but right now, it’s as pure as it can get. And it’s great. Vanilla Battle Royale is simple and easy and made less complicated thanks to the absence of any pay to win or pay to progress mechanics. That being said, the apparently inbound lootboxes are only going to have cosmetics.

Either way it is coming, and like it or not, Fortnite will need them. The truth of the matter is, the reason Battle Royale even has players is because it’s free to play. No one is buying into their early access for the other mode, and that’s the reality. If players want more from Battle Royale, the game needs to make money somewhere, and lootboxes is that solution. So until it arrives, have as much fun as you want because Battle Royale is a pretty fun game in its current state.