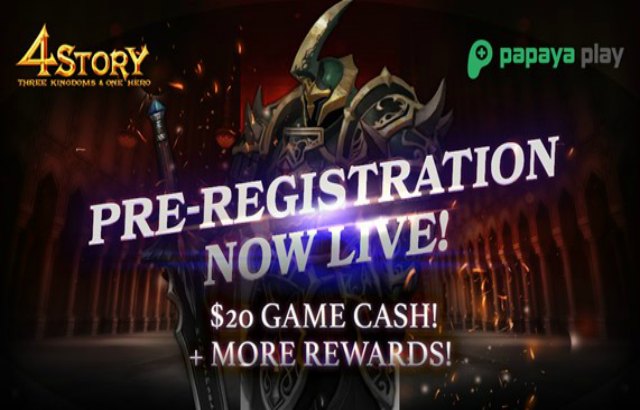 4Story is preparing for launch at its new home – the Papaya Play online PC gaming platform. Featuring an expansive world and quest-driven progression, 4Story challenges players to face monsters, tame pets and mounts, and test their power against other players in the Battlefield.

Players can pre-register at http://www.papayaplay.com/fsevent/event.do, and be credited exclusive pre-registration rewards.

4Story is a free-to play 3D massive multiplayer online RPG, set in the fantastic world of Iberia, and filled with vibrant visuals and dynamic skills. Players have the choice of six character classes (Warrior, Ranger, Assassin, Mage, Priest and Summoner) and three races (Werebeast, Human and Elf). They must pledge themselves to one of the game’s three unique kingdoms as well. Whether theirs is a story of solo exploration, epic quests, or large-scale PvP battles, each player has the choice how their own story plays out.