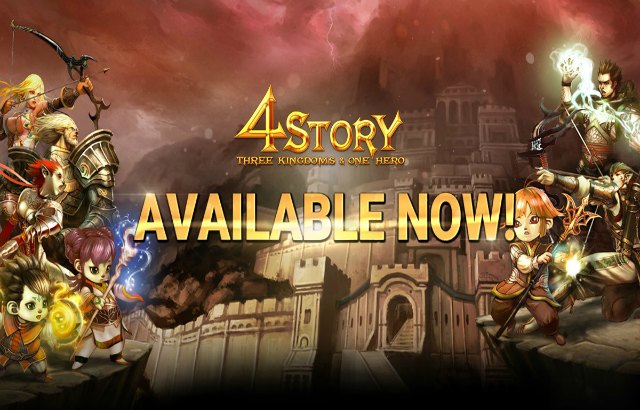 Papaya Play officially launched the MMORPG 4Story on November 18th with a set of special events and an initial plan of weekly maintenance to quickly enhance the game quality and to add sufficient events for the new adventurers.

4Story is a free-to-play multiplayer online RPG that has gained its loyal fans globally over 10 years. The game pictures a fantasy world where each player has the choice how their own story plays out in one of the three kingdoms.

Players of 4Story had been waited for a long time for the new official server with fresh economy and new management plans and they showed their great welcoming feedback since the pre-registration. Nearly 10,000 (5,000 Unique IP) pre-registered and new players started to join the launch events after the server is publicly open.

On November 25th, 4Story has turned its game world to winterly & Christmas and opened the game’s first PvP content and one of the most attractive aspects of the game,‘Territory War’.

Enough number of events were added at the launch day but developers are still willing to add more for Christmas throughout upcoming maintenance.