5 Reasons To Be Excited For Warframe's Fortuna Expansion 2018

5 Reasons To Be Excited For Warframe’s Fortuna Expansion 2018 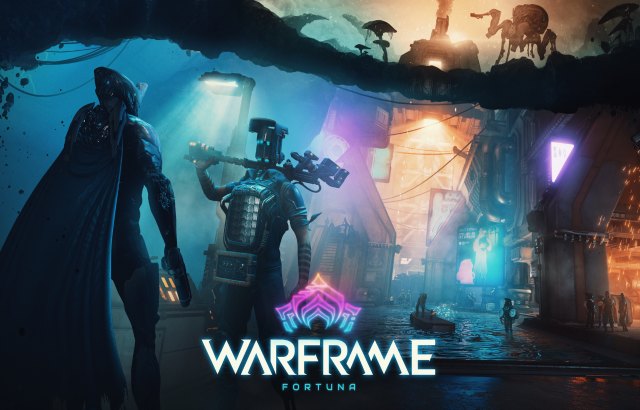 Digital Extremes have announced that Warframe is getting its next expansion, Fortuna, real soon. It’s exciting times to be a Tenno, and some massive gameplay additions and features are coming to the game. Additionally, the expansion will also add more to the base game and previous expansion. Therefore, here’s 5 of the newest features that are getting us excited, and why you should be for Furtuna too.

Everyone loves seeing new locations to explore in-game, and it looks like Fortuna will deliver on that front. Building on the success of Plains of Eidolon’s earthen Landscape, The Orb Vallis is Digital Extremes’ massive new Landscape. Volatile, mercurial clouds of blue and orange loom over a sci-fi terrain populated with seascape flora, giant mushrooms, alien rock formations, rare creatures, and more.

The cyborg Faction Solaris United live in the Blade-Runner-esque Debt-Internment Colony, Fortuna. Similar to the gathering bazaars of Cetus in Plains of Eidolon, Fortuna is an underground hub city that serves as a factory to clean coolant rivers and doubles as a trading hub for the region.

The Corpus occupiers, led by the profit-obsessed Nef Anyo, bring new technology and warriors to bear. Alongside new Corpus ground troop variants, monstrous new Spider Bot enemies of all shapes and sizes will challenge players to face their fears when they explore The Orb Vallis and face-off with the prophet of profit.

Bored of the conventional travel methods? Those days are going to be forgotten quickly. In Fortuna, Tennos will have an awesome new way to travel. Blaze across the wide open Venusian landscape by piloting the Bondi K-Drive. Call up this handy customizable hoverboard and quickly glide, jump, and trick across a variety of terrain.

This not only makes things exciting but also makes us curious. Just how well with the dynamics of handling a hoverboard be? If the landscape is polished enough to ride one, we certainly cannot wait to get hour hands on it for a test ride.

The expansion period will also beef up its roster of Warframes. Tenno can look forward to Codename ‘Revenant’, an Eidolon-themed Warframe with a deadly affliction, and codename ‘Garuda’, a vicious, gory Warframe that plays with her prey. In addition, players can also expect the highly anticipated continuation of the New War chapter. So get ready for all new Cinematic Quests!

In addition to that, expect to see brand new exclusive Amazon Prime Day bundles too. The game will be giving away cool Warframe stuff such as skins and Color pickers on Twitch.

Digital Extremes’ newest expansion is part of a grander vision. In addition to the open-world expansion of Fortuna, a separate future update takes Warframe down a totally uncharted path. ‘Codename: Railjack’ will enable 1-4 players to board a warship on land and ascend into space to explore and fight!

Players will coordinate responsibilities across the military spacecraft to engage in PvE combat against hostile enemies. The full space experience grants extensive player freedom with options to launch Archwings into space to board, infiltrate and destroy enemy ships during battles. This future update looks to create a cohesive gameplay experience between Warframe’s open Landscapes, procedurally generated levels, and a new outer-space freedom in a unique sci-fi world.