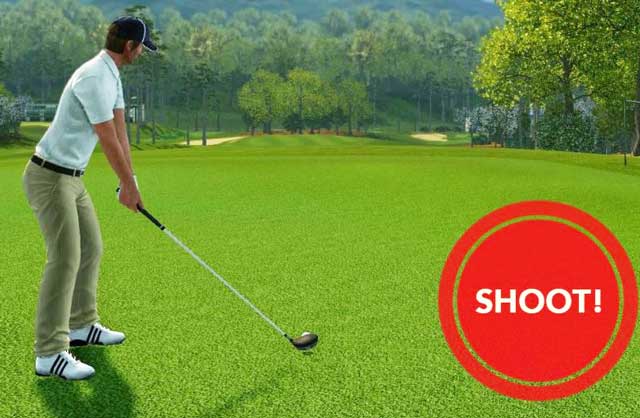 Winning Putt is a MMO Sports game that blends MMO gameplay elements with a golf simulator game; it uses RPG customization and upgrades to make a unique MMO game that can appeal to a wide range of players. Regardless of what games you usually play, there are plenty of reasons to give this game a try as it could be the sports game that completely changes how you view the sports genre.

There are plenty of reasons to pick this game up and give it a try if you haven’t already but here at the top 5 reasons to play Winning Putt.

The game starts with a tutorial but unlike other MMO games, this one goes into detail about the games mechanics without forcing players to read large amounts of text; the tutorial is very interactive and requires the player to pass each section before it continues. It’s a nice way to introduce players to the game while also offering explanations in a more user-friendly way. The tutorial feels more like a standard sports game than a MMO but still follows the classic objective based learning system that MMO games are a known for.

There is a huge amount of customization in this game with a character creation system that rivals buy-to-play games such as Final Fantasy XIV or even The Elder Scrolls games. It features a detailed character creation system at the start of the game and a large number of clothing options in the game for players to unlock or purchase. While there are no weapons in this game, there are different types of clubs which suit specific situations and a range of clubs to upgrade into that suit different playstyles. Existing clubs can also be upgraded in different areas to make them more powerful and better suited for certain holes.

Players have 18 unique course to get through for the main story in addition to a range of other side quests which can be gained by speaking to various NPCs in the game world. Each course has a variety of holes with varying difficulty which works to provide players with a nice challenge as the game progresses. Each mission is unique and offers an interesting challenge throughout the game which should keep players entertained for a long time.

While some MMO’s suffer from “buy to win” cash stores, Winning Putt has a very balanced store which should appeal to players who refuse to purchase premium currency. It allows people to support the game without making them over-powered and keeps the game nicely balanced. The main missions in the game can all be completed without needing to spend any money on the game making this a good casual game while also offering cash items that are worth purchasing.

A MMO isn’t complete without a PvP system and Winning Putt offers a range of PvP game mode options such as duels and several group ‘battles’ where players compete for the best score. These group competitions are called Tournaments which can contain a range of game modes, betting and more. As the game is well-balanced, there are no pay-to-win elements with the PvP which makes this a true free-to-play game.
Do you think you can beat me? Play Now -> https://winningputt.com/

Winning Putt is a unique MMO sports game that offers a nice single player experience and balanced PvP tournaments where players can compete for gold or place bets on games; there is no steep learning-curve to the game thanks to the amazing tutorial it features but the mechanics take a lot of getting used to. The balanced gameplay is supported by the high levels of customization which allows every character to feel different. While this may not be a MMO for everyone, it’s certainly worth trying.