5 Things That Anthem Needs To Improve After Launch

5 Things That Anthem Needs To Improve After Launch 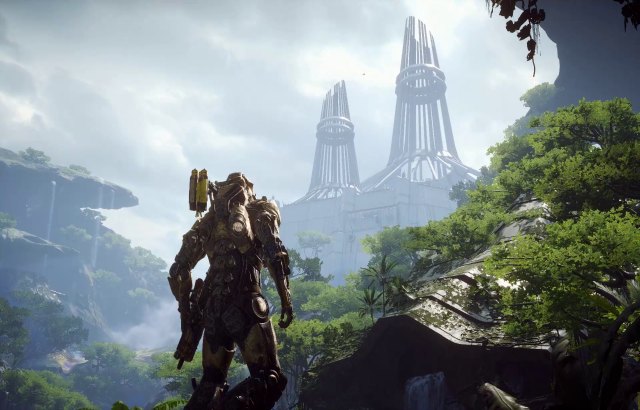 Anthem is launching today and will welcome scores of new players to BioWare’s brand new RPG. While it does many things well especially with Javelins and how fun and excellent its handling and combat is, the game has numerous areas it needs improvement in. Here’s the 5 things that Anthem needs to work on post-launch.

You’re probably sick of hearing about Anthem’s loading screens, but it has to be said.  They are still terrible even after Anthem’s Day 1 patch that supposedly reduced loading screen times. These are still a major issue for players looking to jump in and out of expeditions and being put into multiple loading screens is just a buzzkill. One way BioWare could improve this is to have its loading screens become more interactive, like being able to read Cortex entries on them the way you could in Dragon Age: Inquisition. It’s not a direct solution to solving loading times, but it at least gives players something to do rather than staring at that damn loading progress. 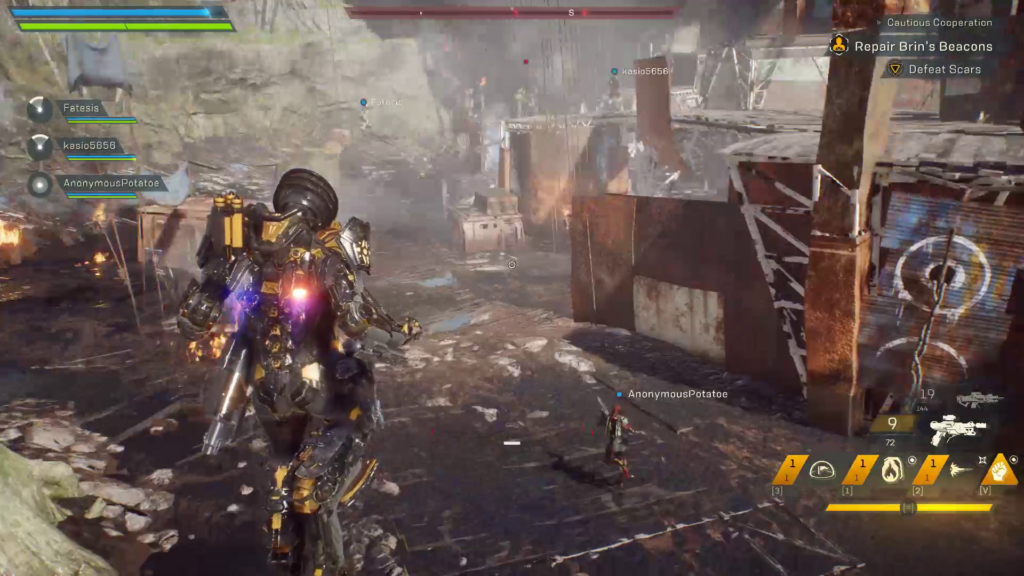 Anthem’s lack of an in-game text chat is actually hindering the game from random public players. While it is an MMO of some sort, VOIP is hardly used by anyone who plays casually unless you’re in an organized group or playing with friends. This makes communicating objectives in Strongholds or focus firing targets in harder difficulties a massive challenge. Anthem could really find more ways to improve this with either a marking target system or even a ping system like that in Apex Legends. In other areas, players sometimes may encounter unsavory players in random group play during Stronghold missions that are just AFK. The game needs some sort of a ‘vote to kick’ system that will help eliminate trolls and griefers.

The menus and UI are sleek but incredibly clunky, with information being hidden behind several clicks before you get to what you want. Additionally, key areas like your inventory in the Forge could most definitely use a sort function to organize your weapons, gear and components by type, score and rarity. Filtering would do wonders for those of us that pack rats and hoarders, to make it easier to see what we have in bulk. During gameplay, being able to open the map and leave custom markers either solo or while in groups also goes a long way to making the game more player friendly. 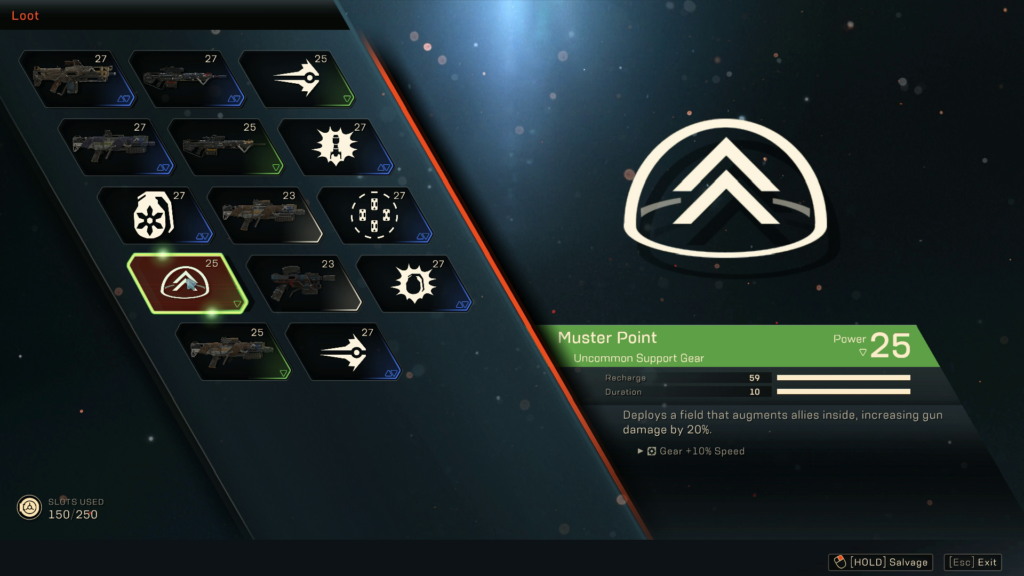 For a loot shooter the game is obviously all about loot drops. Anthem has weapons of multiple rarities with Masterwork and Legendary being the best you can find and craft. Unfortunately, the weapon designs for these supposedly best items in game are just re-skins of their lowbie default counterparts. That hardly feels rewarding, as you’re looking at essentially the same designs albeit with shinier colors, some vinyl and decals, and a fancy name. Like Papa Pump. More range is needed to give these elder-game loot some real sense of accomplishment and wonder. 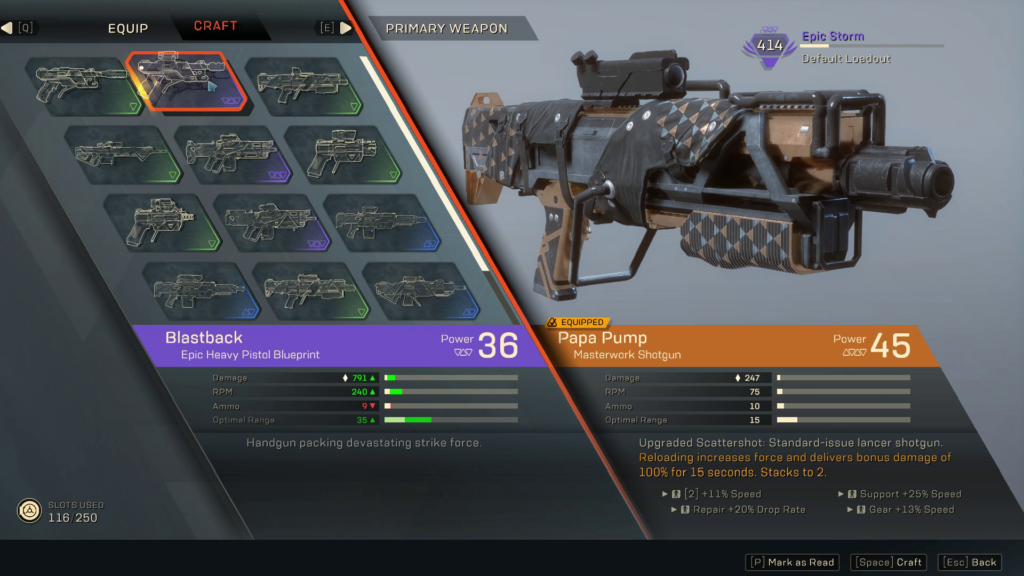 And finally, the content diversity once you beat the game needs to be priority one now for BioWare’s Anthem. Currently, players can tackle the three Strongholds, repeatable Contracts, re-do main missions using Quick Play, or explore the world in Free Play where world events are. What defines end-game here is running all of these in the hardest difficulties – Grandmaster 1-3 – so it’s basically recycled content. Anthem’s plans are to release more content and story in a series of Acts, which are future updates that will change the world. While it remains to be seen just how much these add to the game, it must find a way to reduce recycling content or players will get burned out quick. 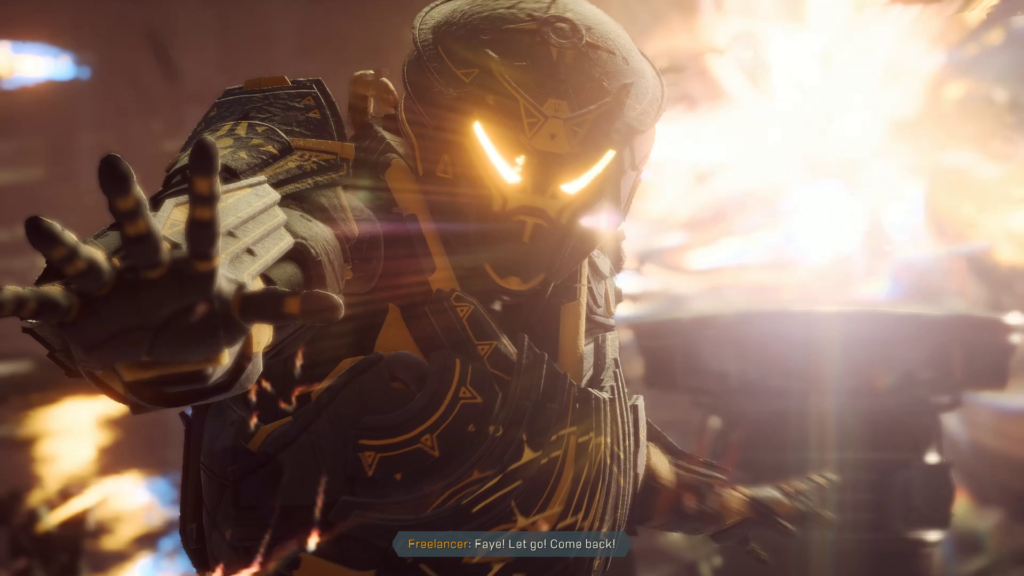