Elder Scrolls Online is releasing its Wolfhunter DLC on August 13th. To help both new and veteran players alike, Zenimax have created a prep tip guide and we’re sharing it as it’s pretty useful!

Get A Taste By Facing Faolchu The Reborn

You can also get ready for Wolfhunter by facing one of Tamriel’s most famous lycanthropes. The Elder Scrolls Online is home to many were-beasts, but few are as powerful and ferocious as the mighty Faolchu. First plaguing the people of Glenumbra in the 1st Era, a powerful necromancer known as Angof the Gravesinger has resurrected the beast during the time of the 2nd Era, and he now controls the city of Camlorn.

Starting with the quest titled “A Duke in Exile” within Glenumbra (located in the town of Aldcroft), you’ll face Faolchu and fight to regain control of Camlorn. You’ll even be helped by a certain fan-favorite NPC when you do! If you’d like to learn a little more about the monster’s past (and his weaknesses), pick up the quest titled “Ripple Effect” in the Glenumbra Moors. 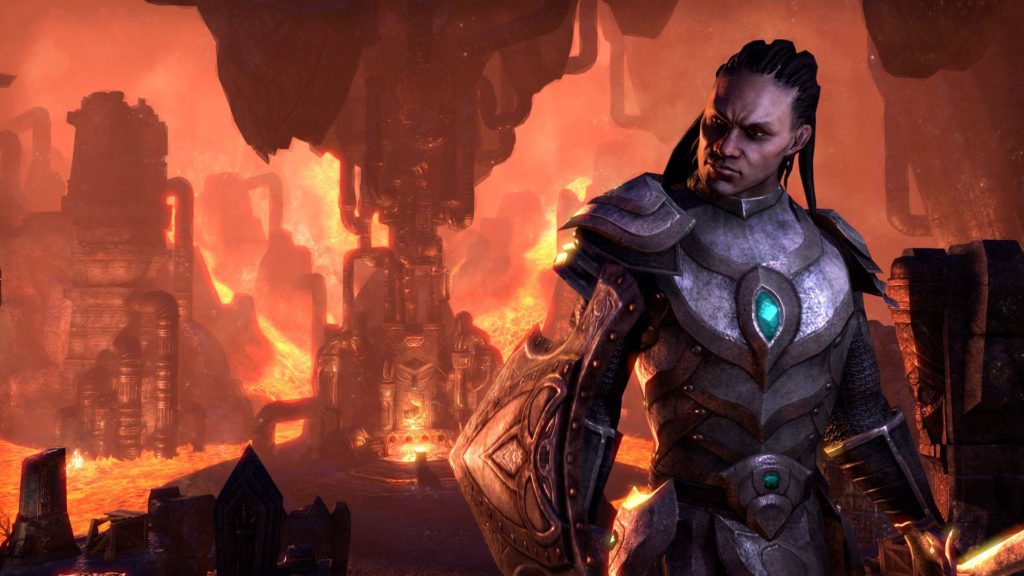 When facing the beasts of Moon Hunter Keep and March of Sacrifices, you’ll need to make use of all your available tools in order to survive. This includes mastering the powerful Abilities of the Fighters Guild Skill Line. This Skill Line is designed to help you combat Undead, Daedra, and Werewolves, and is ideal for the battles ahead.

Abilities like Trap Beast are a no-brainer, allowing you to stop a werewolf mid-pounce and deal some nice damage-over-time. However, you could also make good use of Silver Bolts and its morph Silver Leash, allowing you to reduce a beast’s movement speed AND pull them towards you.

Become A Werewolf Yourself

If you can’t beat ‘em… why not experience the new dungeons through the eyes of the beasts themselves? There are two ways you can become a lycanthrope in The Elder Scrolls Online: by picking up the Werewolf Skill Line from the in-game Crown Store (located in the Utility section) or by being bitten by one of the beasts.

To receive a bite and contract Saines Lupinus, find and be hit by one of the rare werewolves in Bangkorai, the Rift, or Reaper’s March. Note that these special beasts can only spawn at specific times. Alternatively, you can ask a player who already bears the curse and the Bloodmoon Passive Ability to bite you.

Once you receive the curse, you’ll unlock the quest titled “Hircine’s Gift”. Complete the quest to fully become one of the Daedric Prince’s werewolves. With Wolfhunter and Update 19, the Werewolf Skill Line has been completely reworked, meaning there’s never been a better time to unleash the beast within.

If you’re looking for a way to build a Hircine- or werewolf-inspired character, you might consider acquiring some unique sets themed around the Daedric Prince himself.

For example, if you’re a werewolf, the Savior’s Hide set reduces the cost of your transformation, granting you the ability to become the beast early and often. This set can be found in the Malabal Tor zone. The Hide of the Werewolf set can be useful for werewolves, as it generates Ultimate when you take damage. You can pick it up from Glenumbra.

Finally the Hircine’s Veneer set is a solid all-purpose set for Stamina builds, reducing the cost of your Stamina abilities as well as those for up to 11 group members – great if you want to sustain a heavy barrage of attacks. You can pick up this set from the Selene’s Web dungeon.

Get The Band Together!

The Wolfhunter DLC comes with two brand-new dungeons: March of Sacrifices and Moon Hunter Keep. To survive these new four-player challenges, you’ll need to assemble a formidable team of monster hunters and make all the necessary preparations. This means you’ll need a dedicated healer, tank, and two damage dealers in addition to a good supply of potions, food, and gear.

Those brave enough to venture into the two new dungeons will enjoy all-new rewards, including collectibles such as the Werewolf Behemoth Sigil memento, Bestial personality, and Sable Man-Beast skin. However, many of these rewards are only awarded to those who complete the dungeons on Veteran difficulty. Therefore, to practice for the upcoming challenge, you should first test your mettle against other DLC dungeon packs like Dragon Bones or Horns of the Reach – they’ll provide a similar challenge.