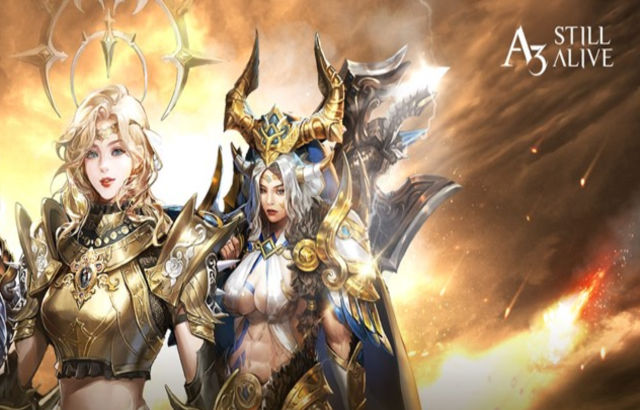 Netmarble’s A3: Still Alive has received  a new update that introduces three new Soul Linkers to take on new challenges including the Enhanced Dungeon Bosses along with a series of in-game events where rewards can be collected upon completion and expansion of in-game modes.

In addition, the maximum number of equipable Mythical Soul Linkers has increased from three to five.

The all-new Enhanced Dungeon Boss system will test players with even more powerful versions of existing bosses that appear at specific conflict areas within dungeons. The Enhanced Fallen Kaidess boss can be encountered at Refuge of the Dead B5, while the Enhanced Bandit Boss Kapora boss can be found in the Abandoned Guild Hall dungeon.

Other updates coming to A3: STILL ALIVE include:

Set in an apocalyptic fantasy world of swords and sorcery, A3: STILL ALIVE is a cross-genre mobile experience that pairs the enormous and living worlds of Open-World RPGs with the extreme combat of Battle Royale. Players must be vigilant in an always-open Player vs.
Player (PvP) environment as they fight against enemies with intense hack & slash combat and prove their mettle in a variety of PvP and Player vs. Environment (PvE) modes. A3: STILL ALIVE is beautifully rendered with splendid console-quality 3D graphics that are brought to life thanks to the outstanding optimization of the Unity Engine.

A3: STILL ALIVE is now available as a free digital download (with in-app purchases) on Apple’s App Store and Google Play, in 172 countries around the world. The game is also available for download as an Open Beta for Windows PC via A3: STILL ALIVE’s website on August 26th.