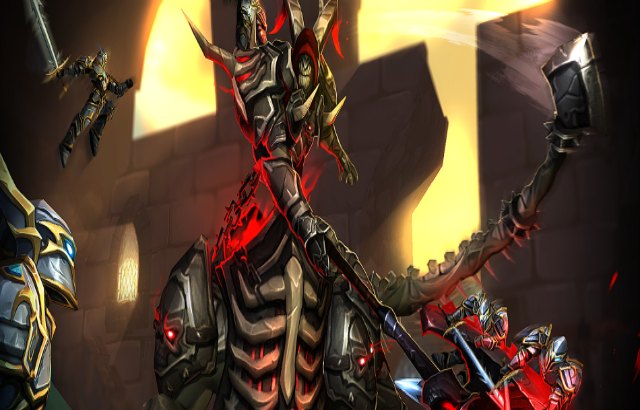 AventureQuest 3D has a brand new open beta trailer and it’s awesome. It covers pretty much everything the game is about in a visually cinematic format.

AdventureQuest 3D has been in open beta testing for the last four and a half months. The game has been pretty successful in generating hype because of how it works. AQ3D is a fully cross platform MMORPG that you can play on all your devices. That includes computers, tablets and smartphones.

What intrigues me is that the game is free to play. There are microntransactions within the game that let’s you purchase premium classes, but you can get those by just playing the game too.

On the whole, the entire model of the game is pretty unique and almost unheard of. Most MMORPGs tend to launch in familiar fashion by either going buy to play or free to play. So this idea of a fully functional cross platform MMORPG definitely deserves closer inspection.

To-date, there are four base classes that you can play for free. The world of Lore is fleshed out decently and the quests are standard. Linear theme park style that you’d expect from a free to play game. What I didn’t expect was how unobtrusive the cash shop is. Majority of the items in there are purely cosmetics or “fluff”. There are no items that players can buy to give them an advantage over others.

How will the game far a few months from now after launch? That remains to be seen but it’s definitely promising. The level of experience required to play is low, so it caters to everyone from the ultra casuals to kids. The game’s aesthetics certainly helps too, thanks to sprinkles of cartoon and anime that makes it look like Landmark meets Wildstar.

We’ll be keeping an eye on this game and make sure to check out our YouTube channel for a review of AdventureQuest 3D.