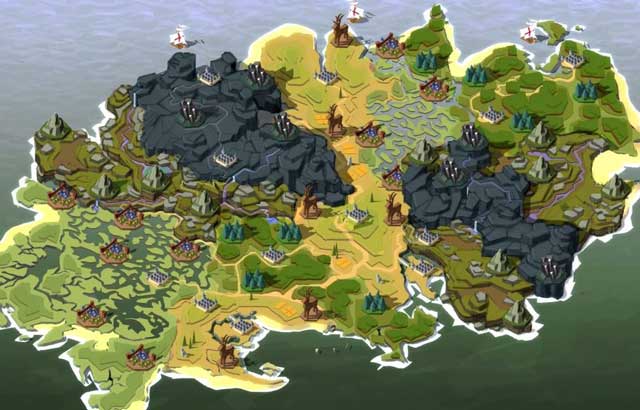 The developers behind MMORPG Albion Online have just revealed that they’re changing the map once again. When the Galahad expansion is released, a brand new continent will be replacing the old archipelago design.

The Royal Isles are being wiped from the game and replaced with the “Royal Continent” for several reasons. The team provided two major reasons for this decision: there was one dominant city and the area was too big. According to the developers, the current islands are just too ‘safe’ and offer very little challenge to players.

To fix the problems with the Royal Isles, the team is scrapping the location and creating a brand new ares to replace it canned the Royal Continent.

The full details on the new zone are available on the official website here.

The current plans for the new zone show that the team wants to make the island more focused around PvP. The central city of the new continent will be the “heart for PvP zones” and be more difficult to camp.

There is a much bigger risk in the new continent with various faster routes to locations which go through PvP zones. Players will need to decide how to reach their destination for quests. As expected, there are several harbors leading to the Outlands where players can battle in unrestricted PvP.

Sandbox Interactive included a detailed list of their design goals for this new zone. Its revealed that the team wants a diverse continent with six unique cities that have their own role in the economy. This new land will be maximized for space efficiency and will have very few empty zones.

Players should find that the Royal Continent is easy to progress though with clear zone markers and various biomes. To protect players who aren’t too interested in PvP, the reputation system in the game will limit random player killing by making it not profitable.