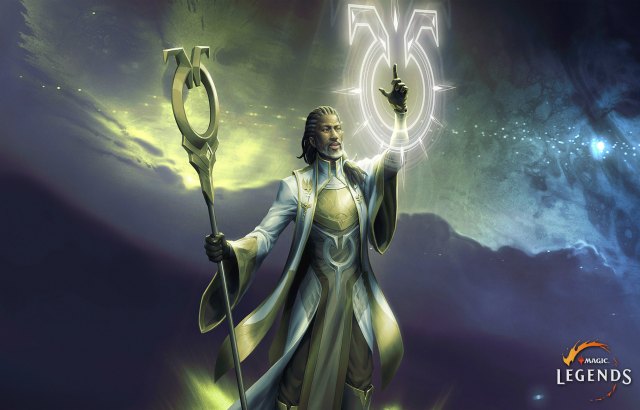 Perfect World Entertainment and Cryptic Studios have officially announced that the Sanctifier will be among the five starting Planeswalker classes available for Magic: Legends players at launch. Inspired by the radiance of the sun itself, Magic: Legends’ modern take on the classic support class embodies the regimented structure, gleaming light, and celestial focus associated with Magic: The Gathering’s white mana.

The Sanctifier is a long range character who is able to heal their allies while smiting their enemies and a devout healer who maintains order on the battlefield by supporting their allies and summoned creatures alike.

This devout spiritual healer can call on the power of Divine Bolt, a primary ability that fires long range bolts of holy energy at enemies from a safe distance. This is complemented by their secondary ability, Wave of Radiance, which generates a brilliant swath of moving light that damages every enemy it touches and can heal the Sanctifier’s allies and summons.

The Sanctifier is an ideal class for players who enjoy maintaining order on the battlefield, demonstrated by their powerful utility ability, Salvation. Every time the Sanctifier uses Salvation they regenerate health, heal their summons, and gain a stack of Devotion. Upon using Salvation four times, Sanctifiers will be joined on the battlefield by an Angel, who will fight alongside them with the iconic Lifelink ability.  Like the card game source material, creatures with Lifelink will heal the player as they deal damage.

For more information on how the Sanctifier personifies Magic: The Gathering’s white mana, check out a new blog post from the development team on the Magic: Legends website.