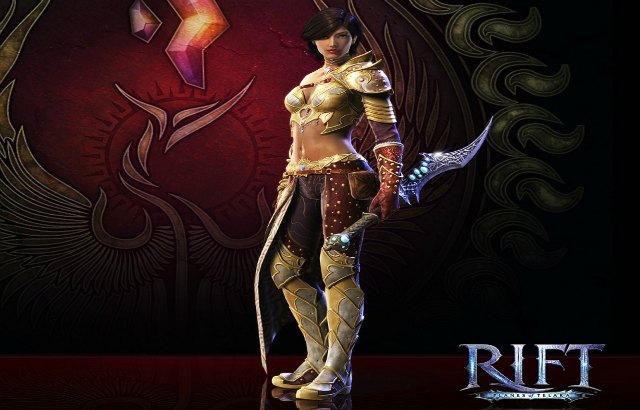 Some interesting news is coming out of Trion Worlds, the publishers of Rift and Atlas Reactor. There’s some crossover love going on, and it’s pretty exciting stuff if you enjoy both these games.

Defiant heroine Asha Catari from Rift is going the be Atlas Reactor’s newest Freelancer. For players who have never heard the name before, Asha is probably best known as “The Rift Walker” in the MMORPG. As one of the protagonists in the game, there’s a lot of backstory and lore involving her. She’s pretty unique and interesting.

What will she look like on Atlas Reactor? According the official site, her appearance will change somewhat. But her Freelancer fighting style will have a lot of nuances that guarantees it is her. So players can expect the same bad-ass sword mastery that we’ve come to know she excels at.

For Trion World players, this is a really welcome surprise. I’ve always wondered if, when and how a cross over between the publisher’s games would work. And now we know. I would love to see more games do crossover characters. World of Warcraft and Overwatch do this to perfection. They introduce fan-favorite characters in new ways to cross promote the games.

As for more details on Asha Catari, all we know is just that she’s the next freelancer. There are no word on whether she can be purchased right off the bat, but she’ll probably be on rotation. I’m definitely looking forward to seeing who else Trion Worlds introduces to the world of Atlas Reactor.