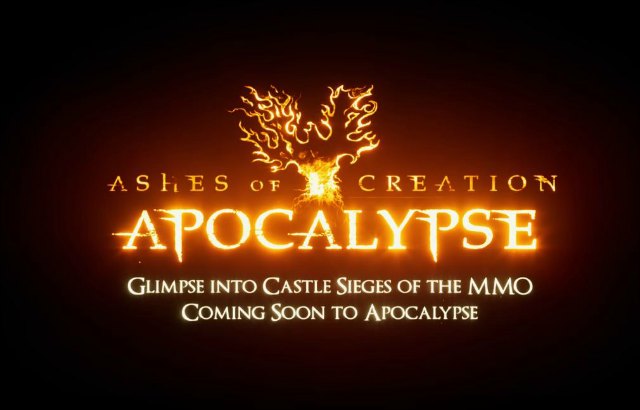 Intrepid Studios, the developers behind the Ashes of Creation MMO, has released a teaser preview video that highlights its upcoming Castle Siege map mode for its standalone battle royale game Apocalypse.

Castle Siege will be just one of a few other modes coming to the standalone game. The other mode is Horde where players take on waves of enemies using systems that’s currently in development for the MMORPG. In Siege, players can expect huge battles on a large map that features siege engines, terrain destruction and fast paced action combat. Intrepid Studios have re-inforced that all these game modes are in fact, helping them build the MMORPG and isn’t just a one-trick-pony battle royale game. Check out the preview trailer below.

Pitting 100s of players at a time against each other in a massive world of high fantasy and all-out warfare, Ashes of Creation Apocalypse builds upon and refines many of the core systems at the heart of Ashes of Creation while letting players experience its stunning action and visuals right away.

Ashes of Creation Apocalypse delivers a self-contained, standalone experience for fans of competitive action, combat, and chaos. The game will launch with a full-fledged battle royale mode in which 100 players will duke it out with destructive weapons and magic until the last person is left standing. After release, new unique modes will be introduced, letting 200 players join forces in massive castle siege battles, as well as co-op horde mode missions in which small groups must fight off ravenous hordes of vicious demons.