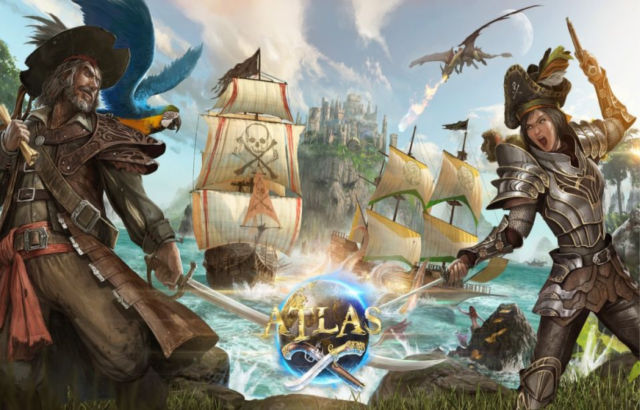 For this week’s ATLAS update the advanced Shipyard’s inventory is expanding with the addition of the formidable Turtle Ship. This latest buildable warship comes affixed with heavy armored plates, armored canopy railings and adorned with a dragon figurehead which breathes smoke to conceal movement during combat! The Turtle Ship is as slow as its name, but its hard armored shell can withstand heavy combat!

While Spiders have long roamed the ATLAS, today they reach new heights with the ability to now traverse vertical surfaces! These crafty creatures can move fast, jumping higher and further than ever before. Vertical climbing does cost the spider Stamina, when its depleted the web crawler will release and fall.Additional items in this week’s patch include the Mechanic’s Hammer that allows repair and replacement of the Turtle Ship armor and new leafy decor with both Wall and Hanging planters now available.

Need more incentive to start your voyage? Starting today, ATLAS is 50% off on Steam from now until August 31 at 10am PT.

ATLAS is an early access game with lots of changes happening as the game evolves! Additional bug fixes for PC and Xbox One Pathfinders are listed in ye patch notes HERE:

ATLAS players will stake their claim in this vast open world while endeavoring to construct custom ships, search for buried treasure, siege and conquer fortresses, plunder traveling merchants, then recruit a crew to join their powerful Armada and engage in the ultimate quest for fortune and glory! ATLAS has full cross-platform support, allowing Xbox and Steam PC players to battle together in the same gigantic world.