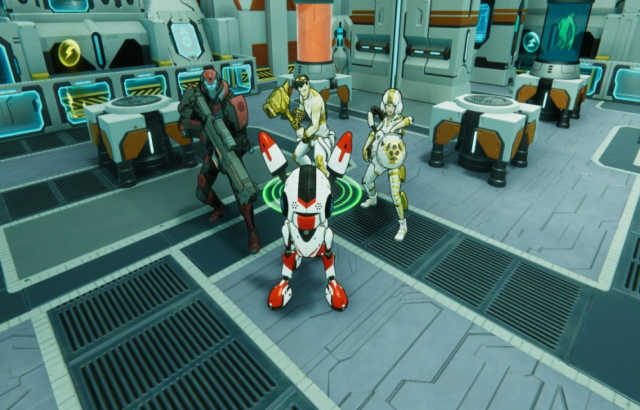 Gamigo has announced that their latest update for Atlas Rogues, a new tactical rogue-lite experience for PC, currently in Early Access. It contains two new Freelancers, bug fixes and much more. On top of that, players can look forward to a new Skin System.

Blackburn and Pup are newly available and help players in their fight against fearsome foes. Co-Op mode now enables teams to share their gear and talents with each other. Those who have purchased Atlas Rogues in Early Access will receive a Golden Age skin for their current and upcoming Freelancers as a token of gratitude for their support.

In Atlas Rogues, courageous Freelancers can recruit their team from an ever-growing roster of fierce characters to retrieve Reactor Keys from the evil Trusts and prevent a catastrophic meltdown in the city. Single-player and co-op multiplayer tactics meets turn-based PvE in this gripping adventure. Players can immerse themselves in the rich lore of a diverse game world, unlock diverse characters, and discover unique new ways to beat the game in each session.

The Early Access version of the game can be purchased on Steam and Glyph now! More information about it is available on the official website.