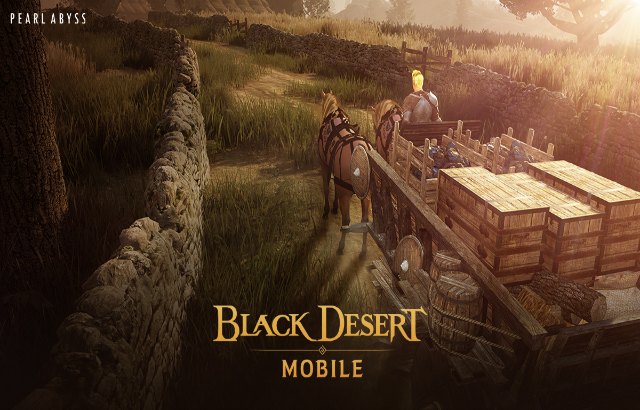 Pearl Abyss announced today the addition of Merchantry, a new system of world trade in Black Desert Mobile. Adventurers can take this opportunity to trade regional specialties across the in-game world for large amounts of silver and various rewards.

Adventurers can begin trading regional specialties through Trade Vendors found in each village. They need a carriage, a horse, and four workers available in their camp for Merchantry to begin. Camp workers that participate in Merchantry will gain EXP points and level up. Adventurers will also gain rewards for not only leveling up their camp workers through Merchantry but also for completing special events that occur during trade missions.

In addition, Pearl Abyss will be hosting the second season of “Black Desert Mobile World Championship – Ramoness.” Ramoness is a 3 vs 3 PvP mode in Black Desert Mobile where Adventurers can gain points by defeating opponents and destroying various objects. The team that earns the most points at the end of the match will be declared the winners and will be rewarded.

The registration for this special tournament is now open with more details to come shortly. Adventurers who wish to participate are highly encouraged to start recruiting team members and preparing themselves to become the most powerful players in the world of Black Desert Mobile.