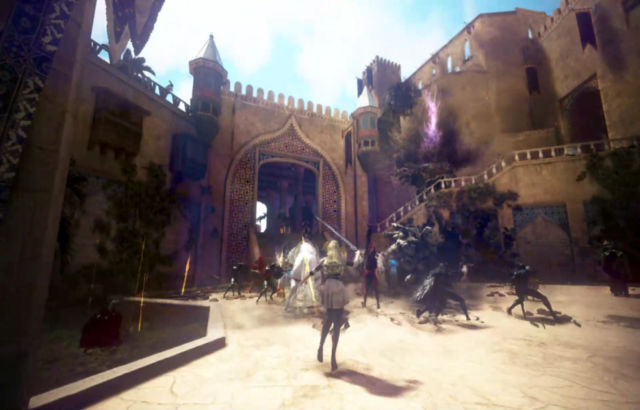 Pearl Abyss has introduced the second Conquest War Pre-Season in Black Desert Online. Guild members can now enjoy the revamped version of one of the most fierce battles.

Conquest War is a large-scale PvP feature in which guilds compete over territory. The guild that takes over a territory is given dominion and the right to collect an accumulated tax of the area. It is a massive battlefield where hundreds of Adventurers can participate simultaneously using various siege weapons.

The Conquest War Pre-Season returns with updates after getting feedback from the participants of the previous season. Running until October 2nd, the second pre-season will no longer have the Liberation concept but ranks guilds according to scores at the end of the battle. Members of the guild that conquer a territory or score highest in the Conquest War will receive 2 billion Silver worth of Gold Bars as well as other special rewards.

Users who use hardware products other than AMD’s graphics hardware can also benefit from the technology with Black Desert for PC and console now offering a more efficient, high-resolution gaming environment. Pearl Abyss plans to introduce a variety of new technological innovations in addition to AMD FSR to continue to provide high-quality games.

In the meantime, a number of in-game events are taking place in Black Desert. Hot Time event will be held that will offer extra Skill and Combat EXP. Moreover, Adventurers who hunt up to September 29th can obtain Source of Lightning, a special buff that will give 20 additional attacking points against monsters.

Find more information about Black Desert on the official website at naeu.playblackdesert.com