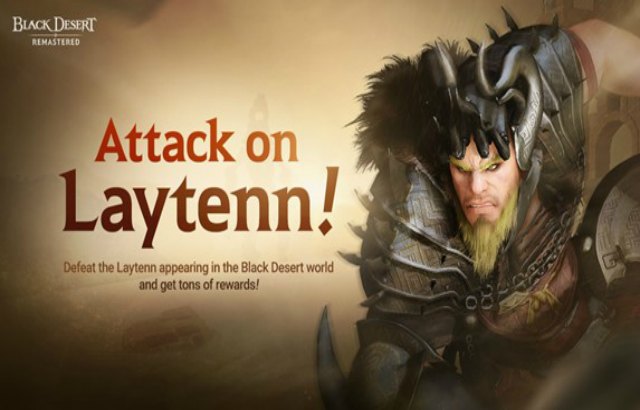 Pearl Abyss announced today that various events and rewards will be available in Black Desert SEA starting today. Adventurers can now participate in diverse events that will give them helpful rewards for their characters.

A special Hot Time event will take place based on the worldwide rankings for the Secret Quest Challenge which has come to an end. Adventurers in Black Desert SEA will get an additional +20% Item Drop Rate buff until September 16. During this event period, the chances of obtaining boss gear will also be doubled when defeating World Bosses including Kzarka, Karanda, and Ancient Khutum.

Moreover, Laytenn will appear randomly in various locations throughout the world of Black Desert until September 23. Adventurers who defeat this powerful monster will obtain Layteen’s Artifact Chest, which contains special items such as Laytenn’s Power Stone and Ancient Spirit Dust. Laytenn’s level of difficulty will depend on the level of the Adventurers nearby.

A special game package promotion will also be running to celebrate the launch of the new Hashashin class and the arrival of the Autumn Season. Until September 16, Adventurers will get a 70% discount rate on both the official website and Steam game packages.