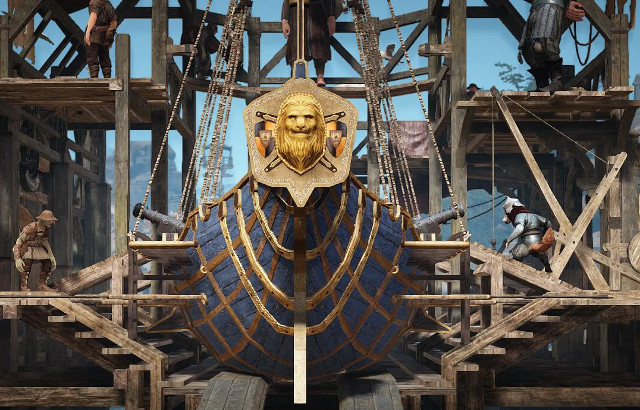 Pre-loading for Margoria originally began earlier this month with a large 2.58 GB update. The last piece of the expansion was release yesterday and was only 1 GB. To mark the occasion, the Pearl Store is currently having a 30% discount on selected items.

The full patch notes were posted to the official forum of the game. Click Here to access them.

The biggest addition with this final expansion is the unlocking of the ocean. Players will finally get to explore the oceans in Black Desert Online. The seas have opened and players are now able to dive underwater to search for treasure and battle sea monsters. The patch notes don’t explain how underwater combat works however so players will need to discover it themselves.

The game will feature hurricanes. They willo make the sea a little more dangerous. This includes the addition of lightning to the game which can damage ships and players.

Guilds are now able to construct ships to sail the sea with. Players will be able to go on trade missions to deliver goods or battle in guild vs guild naval combat. The patch notes go into detail about the new “Guild Gallery” system and how these new mechanics work. Crafting plays an important role in the construction of ships and players will be able to hire crew to run the ship.

The update will feature over a 100 new quests. Hence, most of these quests are focused around the new ocean zones and ship building mechanics. Players can also expect to see some new daily quests in addition to new fishing quests.

You better be a high level player if you want to access these quests. Because, the developer has restricted the quests for players of certain levels. Therefore, lower level players won’t be able to explore all of the new content just yet.