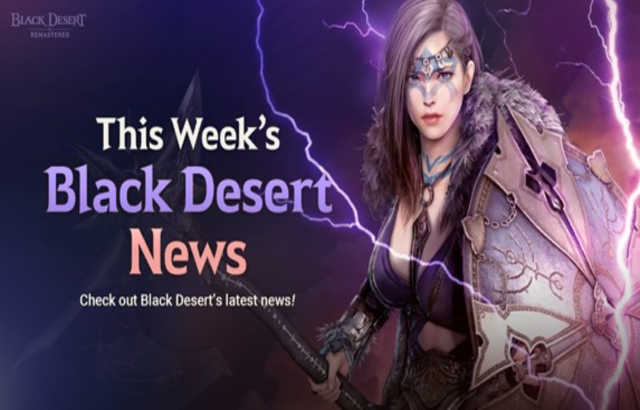 Pearl Abyss announced today that Black Desert SEA celebrates its 3rd anniversary of service on January 17. To commemorate the anniversary, various exciting in-game events will be held throughout the week to offer exclusive rewards.

First of all, until January 27, Adventurers who log in to Black Desert SEA will get a 3rd Anniversary Cake which will give them various buffs. Items such as a Fine Accessory Box III and Advice of Valks will also be given for logging in, as well as 10 Cron Stones depending on the play time. In addition, Adventurers can receive even more Cron Stones and other items by completing event quests.

Permanent Access is also available for new Adventurers and those who play using a Guest Pass Coupon. Adventurers are required to reach at least level 50 with any character in their Family. Moreover, a special log-in event will take place until February 10. Adventurers can obtain a variety of items from a Secret Book of Old Moon to a Value Package for logging in everyday.

While enjoying an array of special anniversary events, Adventurers can also discover the Old Moon Grand Prix update. Hosted by the Stonetail Horse Club, this horse race content is now welcoming 5 to 10 Adventurers to compete against each other on a racetrack. Anyone with the new race horses can participate in a horse race, and the winner will receive exclusive rewards.

A special event will be held until January 27 to celebrate the Grand Prix update. Adventurers who complete the special Black Spirit quests can claim valuable rewards that will help them win races. The special rewards include a Rare Course Training Box, various Race Horses, and Contribution EXP.