Blackshot: Revolution Is A Success Hit According To Vertigo Games

Blackshot: Revolution Is A Success Hit According To Vertigo Games 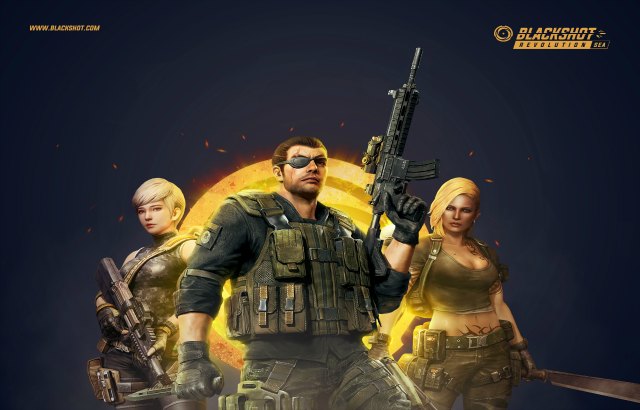 The first-player shooting game of Vertigo Games, BlackShot: Revolution is back to reload and offer more recalibration! It is unstoppable for newest game updates which everyone is really excited to get a hand. Indeed, that the skilled and stronger mercenaries can stand still. Annihilating enemies is the name of the game. Better shape up and man up for the extreme combat you shouldn’t even miss at once. Top-notch weapons can be yours to test for the extreme combat.

In the first week of August, BlackShot: Revolution had already introduced the all new Rebellion GoldBox Update. Adding GoldBox will surely give mercenaries greater winning and tons of kills. A new set of exceptional weapons can be yours. Open up desire GoldBox for a great choice. Another selection of GoldBox from the previous game update was released. Check out Overdrive GoldBox which are classified to 4 goldboxes: Contractor, Frontier, Operator and Assassin Box. All boxes cost 5% less upon second purchases.

Use those great weapons and ammunitions acquired for the recently opened Revolution Rampage! Prepare your rifles and find the best homies for this combat. Kill a hundred mercenaries. It will be tallied at the end of the event. Win all the kills for a great reward waiting for the strongest mercenaries. Reach the top 50 at duos or much more be the Top Mercenaries.

Originally released on 2008 by Vertigo Games, BlackShot is a Multiplayer First-Person Shooting combat game featuring an intense competitive multiplayer shooter action set in a dystopian future, where corporations and governments employ cloned mercenaries to battle one another for revolution.