Bless Online Is Bending Space and Time Next Update

Bless Online Is Bending Space and Time Next Update 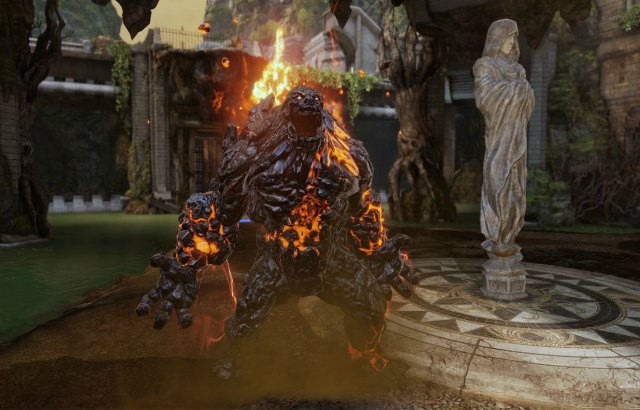 Bless Online is getting some brand new content this December 5th.

The Rift of Time and Space

After temporarily closing on November 7th, the Rift of Time and Space will be reopening with a brand new third stage! This expansion will take RoTS to a total of 30 rounds (previously 20), add a new area, and will also see the addition of new stage rewards: bracelet items that give additional effects to the wearer!

This new third stage has never been released before in any region, so Bless players on Steam will be the first to try it out! We can’t wait to hear what you think.
New Holiday Costume

In the spirit of the holiday season, a new festive costume will be added to the Lumena Shop! The Snowflake Winter Festival Costume can be purchased for 2600 Lumena.

You are sure to bring holiday cheer to your fellow players with this new costume!
Korean Region IP Unlocked + Language Added

With this update, the Korean region will be unlocked, and players from that region will be able to enjoy playing Bless on Steam! Korean language support will also be added at this time. We are thrilled to be able to support our Korean players in this way following the discontinuation of the KR Bless Online service, and we look forward to them joining Bless Online on Steam.

This December, starting on December 1st and running through December 31st, we will be holding a Festive December Login Event! During this time period, players will be able to get a variety of great rewards, including the Ruru Brother’s Magic Pocket item that allows players to summon the Rand Brother Turban and access the special gathering and mining area within it.

To get rewards, all players have to do is log in to Bless, click on “Collect Daily Rewards” in the Check Attendance window, and get the rewards on the character of their choice!

In addition to this login event, starting on December 5th after the update maintenance, the Winter Festival Event will be taking place in game! There are three interconnected quests for this festival event, and players can complete each of them once per day. During these quests, players will have to make sure the festival celebration goes off without a hitch by collecting the Light of the World Tree, helping citizens with their wishes, and more!

Each quest comes with a special reward, including a temporary flying mount, firecrackers, and consumable items.