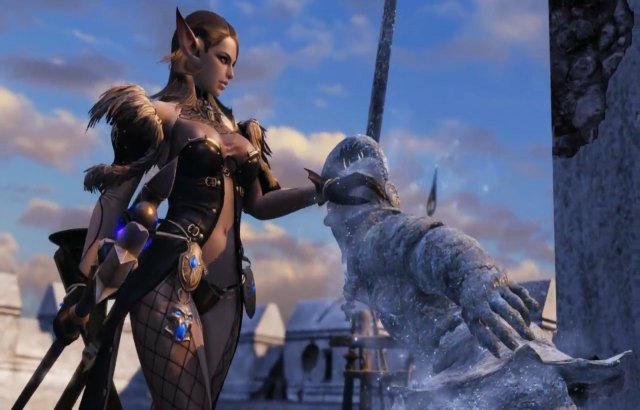 In a spectacular turn of events, Neowiz, the studio overseeing Bless Online has confirmed that they are looking to bring the game West. Last week, we reported that the likelihood of this happening is slim. After cancelling the publishing agreement with Aeria Games, BO seemed like it was going to be stuck in Korea.

A recent exchange with MMORPG.com has shed some light on the matter. According to Neowiz, the company is committed to bring the game to both NA and EU. But this will only happen after working to ensure that the game play is at its best.

The company also provided some details on why the contract with Aeria Games was terminated. The latter was concerned about performances regarding both the combat system and in-game. In order to fix these issues, Neowiz required more time but Aeria Games could not afford to wait.

As for the future of Bless in North America and Europe, here is a direct quote:

“You must be curious about future Bless in EU/NA as we ended our contract with AG. NBS believes the EU/NA Bless fans are very valuable to us so we commit to deliver game updates directly to you. We will surely present you with improved Bless in the future.”
This is really good news in the end, as we know now that Neowiz is actually working of making the game better. This is all that any potential MMO player can ask for. If it takes longer time to arrive, I think most players can afford to give it that. What do you think?
0 Share
Share Tweet
Topics: Bless Bless Online MMO MMORPG