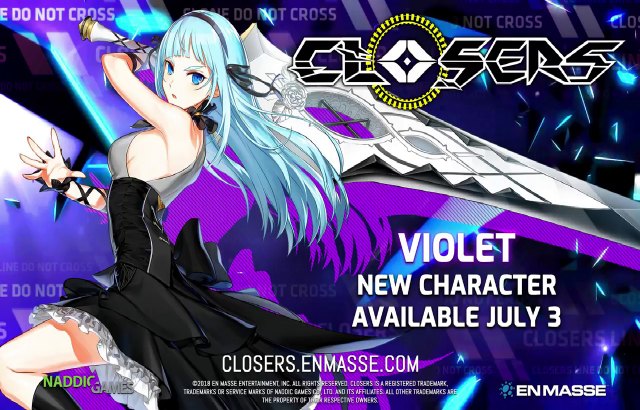 En Masse Entertainment announced today two major changes coming to the upcoming major update to Closers, the anime-styled, online RPG beat’ em up. Arriving July 3, gamers will be able to select the greatsword-wielding Violet, who utilizes her Phase Force abilities in conjunction with her devastating sword attacks to ravage all enemies within sight. Assisted by her personal assistant Hyde, Violet secretly hides her own goal while working for the Wolf Dogs – to bring her real father’s killer to justice.

With the release of the final Wolf Dogs character, En Masse has heard the feedback from players about Fatigue and is delighted to announce that the in-game Fatigue system will be permanently removed July 3. Removing Fatigue allows gamers to spend more time pursuing more achievements, finding elite loot, and improve the overall Closers gameplay experience.