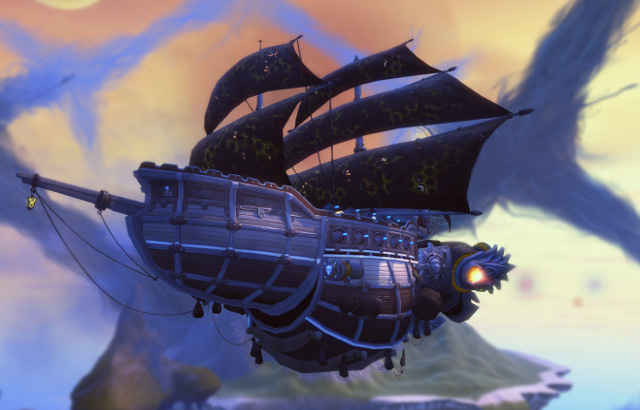 The developers behind Cloud Pirates have confirmed that the game will be entering Steam Early Access next week.

Cloud Pirates is the airship MOBA from well-known publisher my.com. The MOBA will be entering Steal Early Access on February 9th but anyone desperate to play the game and pick up a Founders Pack. The Founders Packs can be purchased on the official website and some grant access to the game as it currently is.

The game has a Stress Test scheduled just before it enters Early Access. This test takes place between February 7th and the 8th. The news about this was released alongside the Update 1.1 announcement and patch details.

This update is bringing a range of new features to the game.

The first new addition is the Tutorial Missions which provide instruction to new players. While the game originally had a tutorial system, it’s been overhauled to make it a more simple process. The tutorial missions will become unlocked as new players complete them and are given new missions once the previous ones are completed.

The Update 1.1. matchmaking has been overhauled to improve the overall performance. It now places limits on how many support ships a team can have per game and player ratings a recalculated after every game. The aim is to create more accurate system.

Ship gameplay has been modified slightly so that there are two versions of each ship. The first version is the “stock configuration” which is a simplified version of the ships advanced abilities. Hence, the aim is to create a more balanced system that introduced players to advanced ship mechanics early on.

The customization systems in the game were expanded. Therefore, players now have the ability to select which sail or flag they wish to use and no longer need to rely on luck. In addition, a new currency was added which is used to purchase almost all customization items and options in the game.

You can find the full Update 1.1 update changes here.