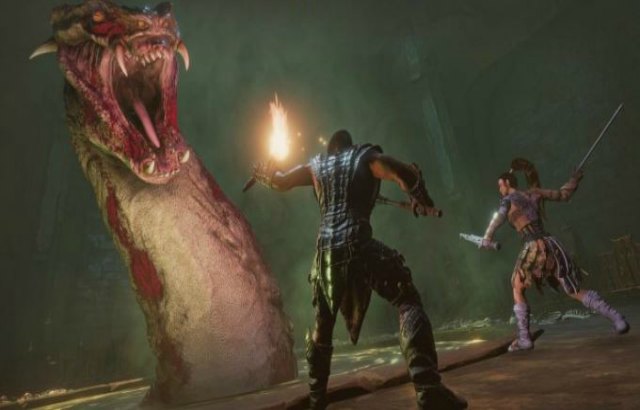 Conan Exiles are moving on swiftly from last month’s player exploit hiccups by introducing brand new content. Update 24 is the latest patch to the game, and players can expect to see some exciting things.

The Dregs dungeon is now available with the update, and players itching for adventure will be thrilled. Taking place entirely beneath the ground, The Dregs dungeon can be found in the ruins beneath the Unnamed City. Heading down into the sewers will be dangerous, so it’s advisable to bring a friend or two. It can be perfectly explored solo too.

So what exactly is down there? For starters, you can expect to see brand new monsters to fight. These include appropriately themed critters, such as the undead and killer komodo dragons. There isn’t a whole lot of backstory, but there is toxic goo everywhere. This might answer some questions regarding why the things you’re up against look that way.

All that monster slaying won’t be worth it if there wasn’t shiny new loot right? Funcom has you covered there as well. Players will be able to score brand new gear in The Dregs. There’s new daggers, swords and a bunch more goodies to be found down there. New crafting resources and recipes will also be included, so make sure you don’t emerge empty handed!

Overall, a pretty exciting time for Conan Exiles. Just a month a go, things appeared to be in turmoil following the partial server wipes. But no amount of player exploits and duping can keep a good game down. Happy hunting to all!