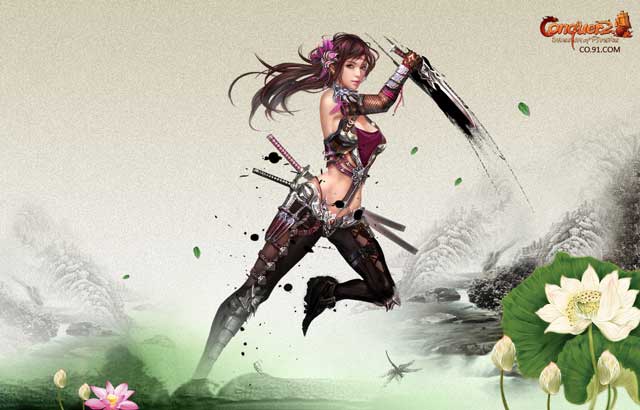 A classic return of Chinese MMORPG. Conquer Online has been around for quite some time now and whether or not you should check the game out is up to you. If you want some opinions, go ahead and read below.

Visuals, graphics and other features.

The game is entirely a mix between 2D and 3D giving off a Diablo-like graphics. Similarly, the game’s camera is not customizable as it is set to an isometric point of view, amazingly popular in most Asian MMORPGs. Is it inspiring? No. Is it exciting? No. Is it bad? Well, no either. If you’re used to the graphics, you can do well with this game.

As for combat skills, it isn’t as bad as you think it is. It is not the generic stand and wave your weapons about. Each hit comes along with other moves such as jumping, flipping and rotating swings. Skill effects are also extravagant and with flashy moves. This keeps the game more interesting in comparison to the boring chat systems and aside from quests.

On the other hand, the game monsters are a variety in this game. Ranging from different sizes; from pixies to just monstrous ad mystical creatures.

The job or specialization are something to look out for as well. As of 2016, there are 10 different classes and playstyle.

Trojan: Dual wielding warriors that charges into the heart of war. Due to their enormous tough training, they feel no pain and able to constantly slash apart their enemies while being mobbed by hundreds, maybe thousands of enemies.

Don’t wait, just play! Experience your inner Asian side, not everything is mathematics and brains.