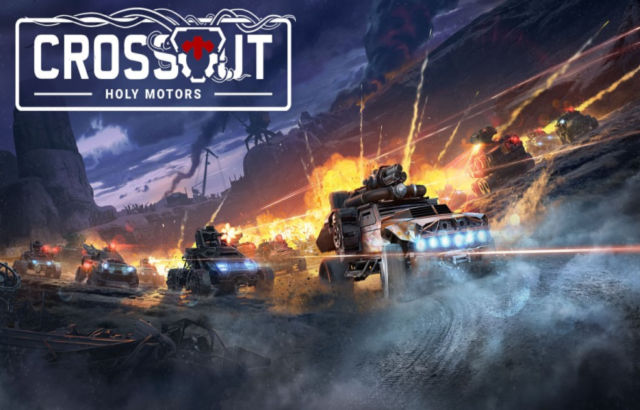 The inhabitants of the Valley are now in reverential fear of the Ravagers, and all the factions are working on a way to counter the threat. The Mechanics and the Founders have developed new weapons and car parts based on the studies of destroyed Ravager machines, and offer them as rewards for the “Holy Motors” Battle Pass season tasks. I.e. the frontal machine gun “M-25 Guardian” raises the defense of your machine after each hit on the enemy, and the rotary rocket launcher “Waltz” key feature is that the impulse and damage of each subsequent rocket in the volley is radically increased. The “Averter” module gives extra protection to all car parts that are welded to its power nodes, so it’s a good idea to rethink the design of the whole armoured car with fully utilized Averter in mind.

Finally, a new relic, the single-shot shotgun “Jormungandr”, is now available for assembling at the Engineer workbench “Secret Workshop”. If at least half of the pellets from “Jormungandr” hit the enemy, the next shot will be fired with incendiary projectiles that heat up the parts on impact.

The new PvP mode “Operation Red Light” puts ten survivors and their custom armoured cars against two “infected” players using pre-set Ravagers war machines. The first team should reach the final point of the location, completing all the tasks. The second team is preventing them from doing so while also “infecting” as many enemy players as possible by simply ramming with their vehicles. One single touch forces a survivor to switch sides and start fighting with ex-allies. Getting “infected” does not ruin the battle rewards chances, as actions for both the team of survivors and the team of infected will be taken into account..

The “Fortress” map is finally returning to the PvP map rotation tool, and it’s completely reworked. The developers have completely redesigned and replaced a lot of old objects on the map with new ones, as well as improved the vegetation visuals and effects. The navigation is also improved: i.e. a number of passages that previously could only be used by relatively small armoured vehicles are now expanded to fit bigger cars. The teams will now start the battle from the side of the destroyed town and military base, respectively. Taking a good look at the environment will give the players some answers to what happened at this location.

More information on the update is available at the official website of Crossout: https://crossout.net