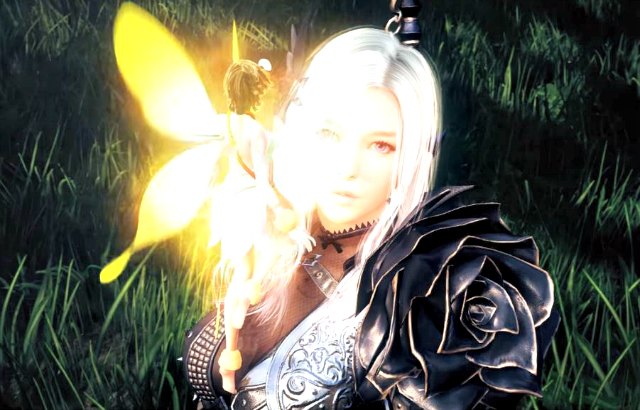 Upon Awakening, Dark Knight will be able to wield a set of phantom blades called Vediant, which allows her to take full control over the infinite powers of the dark arts. These unique blades will grant Dark Knight the special ability to drain life from her enemies. Mystic’s Awakening weapon is a powerful pair of gauntlets called Cestus. She can summon a fierce sea dragon that helps her deal more damage to opponents. Once Awakened, Mystic’s male counterpart Striker gains access to his Awakening weapon called Gardbrace. He can summon his alter ego to help him decimate enemies. Take over the battlefield with the completely transformed Dark Knight, Mystic, and Striker.

In commemoration of the Awakening for the three new classes, Pearl Abyss announced that various events will begin after this week’s update. Adventurers that complete the Awakening quests for Dark Knight, Mystic or Striker will receive various valuable items to help enhance their Awakening weapons, such as Cron Stones and Memory Fragments. The excitement doesn’t end here. Adventurers that reach level 60 with any of the three classes will be included in the lucky draw to win 300 Pearls.

This week’s update will also include new Awakening costumes for Dark Knight, Mystic and Striker. Make sure to check out these gorgeous designs, and many more awesome costumes available for all playable classes! More exciting news for Adventurers as the World Bosses will now be spawned at fixed times. Adventurers will no longer have to waste time waiting desperately for World Bosses to spawn. For more information about the update and other ongoing events, check out the website.