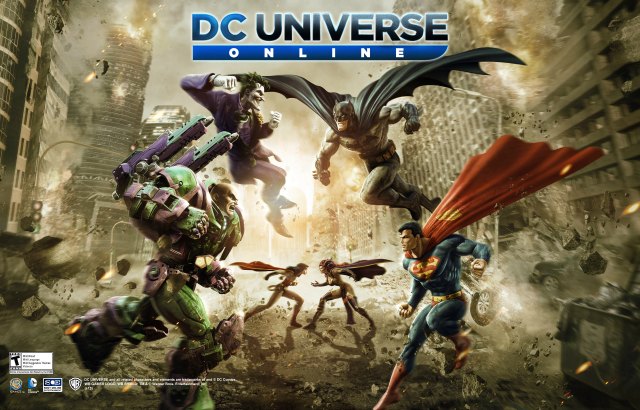 DC Universe Online has launched on the Nintendo Switch console this month. The free to play superhero MMORPG by WB Games and Daybreak Studios have been around for close to a decade, and have finally taken the plunge to be the first Western MMORPG on the Swtich. We’ve been playing it since launch and here’s some thoughts on the game.

Like most MMORPG ports from PC systems to console in the past, DC Universe Online hasn’t changed all that much. For the most part, the gameplay, the content, episodes, story and combat is the same. Ultimately, the content does not change for DCUO on the Nintendo Switch. The player experience is pretty much the most different however, due to players having to trade large PC monitors for the tiny Switch handheld screen. You can play it in docked mode of course, which blows the game up to 720p on TV or monitors. The biggest trade off would be in the community interaction features, which we’ll talk about later on. But for now, just know that to play DCUO on the Switch, you need a Nintendo account and cannot use any existing accounts. That means, Switch players only get to play with other Switch players. You’re basically starting from scratch. 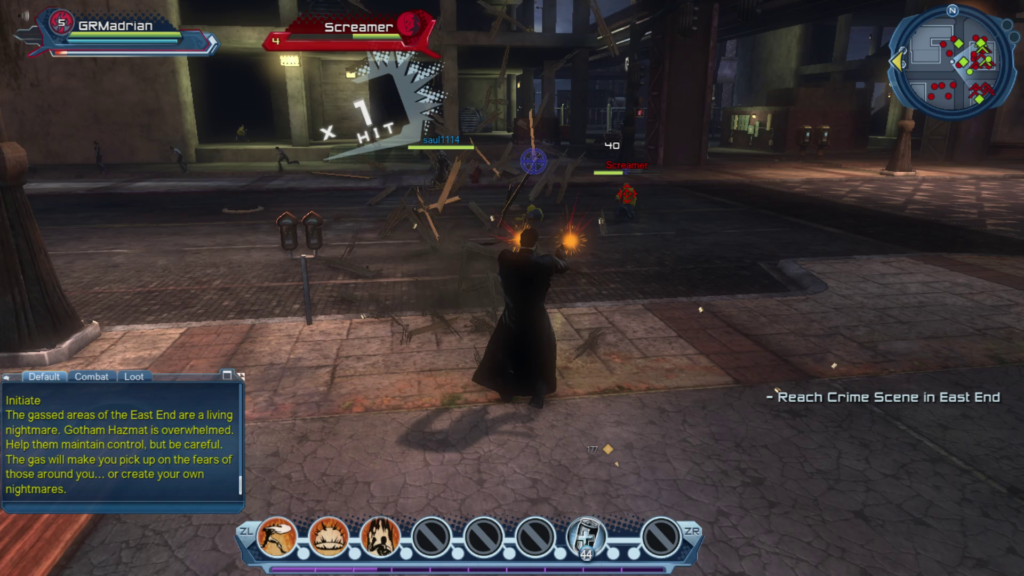 With DC Universe Online on the Switch, the basics are the same if you’ve ever played the PC version. Players get to create their own custom superhero to fight alongside well-known DC heroes and villains. You start off by picking costumes, movement styles, arcane powers and a weapon, before deciding which faction to join. The game’s two factions dictate your good or evil allegiance, with both primarily trying to achieve a goal in the DCUO. For story, the early chapters and quests revolve around Braniac’s invasion. Lex Luthor from the future releases Exobytes into the world, which turns civillians into superheros to combat the Braniac’s invasion in order to prevent a future world calamity. It’s a somewhat tropey and limp superhero origin story but it works. You also don’t get to fight alongside your favorite characters all that much. If you have Batman as your mentor for example, you’ll start in Gotham City and run some quests for him, coming up against known villains like Scarecrow and Bane, before moving on to something else. 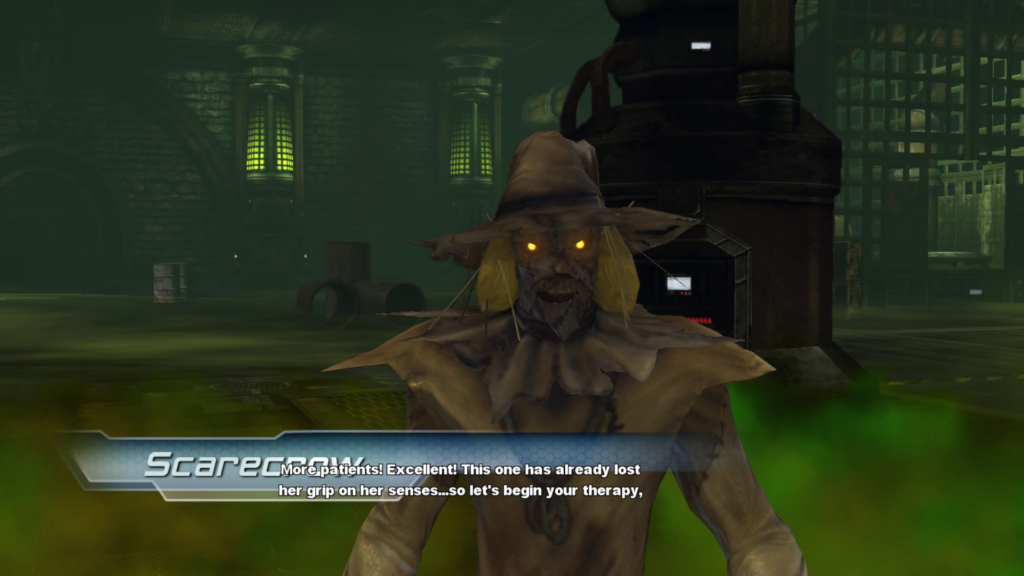 The area in which DC Universe Online shines are similar to the PC version. Firstly, the combat system holds up almost a decade later and is still fun. DCUO uses a combat action system, with limited skills on your hotbar that you can swap out at any time from your loadouts. Weapons and arcane skills have combos that you can execute, and while it takes sometime getting used to on the Nintendo Switch, it becomes a more enjoyable experience the more you play. Unfortunately, due to it being an MMORPG, you’ll spend quite a few hours in one gaming session, and the JoyCons are not ideal and comfortable. The Pro Controller for the Switch is probably the best way to play the game for long gaming sessions. The games performance and optimization are areas I didn’t think would do well, but I was glad to be proven wrong. DCUO runs excellent in both handheld and docked, with no stutters, no over heating and no disconnects. The loading times are somewhat varied, but the Switch handles the game perfectly fine. It’s a good sign too, to show other studios that older MMORPGs definitely can play well on the console. 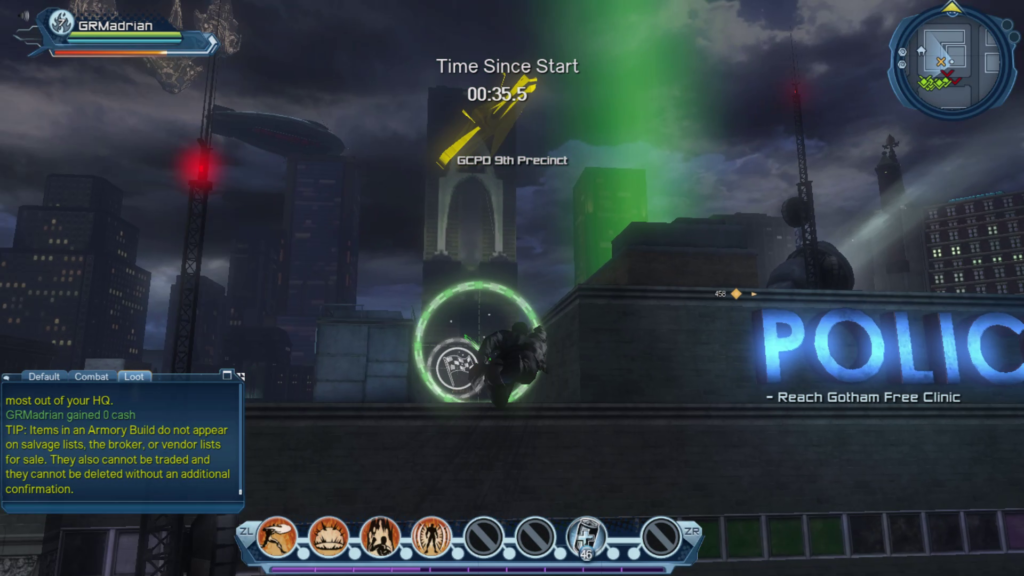 While there are many positives of playing DCUO on the Nintendo Switch, the few negatives it has can make you feel like it’s better off just sticking with the PC version. The UI functionality is just poor overall. Players will need to hit the plus button to bring up a string of menus in the bottom of the screen and navigate them using the left and right bumper buttons. The issue here is the responsiveness of the UI. It’s inconsistent, taking longer to swap menu screens, plus the tooltips for items and gear don’t scale well. It’s also harder to read wall of texts – DCUO has them – on handheld mode, which is why many we’ll prefer playing it docked. The other oversight is with the community tools. There’s a chatbox that hardly anyone uses, because it’s a hassle to type using the virtual keyboard. Thankfully, DCUO on the Switch has canned responses to quickly select communication responses in-game. There’s also voice chat enabled for some reason, when the console doesn’t even have an in-built microphone. You’ll have to purchase a third party USB Switch mic or something in order to use it. This has definitely left the game-world feeling somewhat empty because again, it’s a hassle for anyone to proactive communicate. 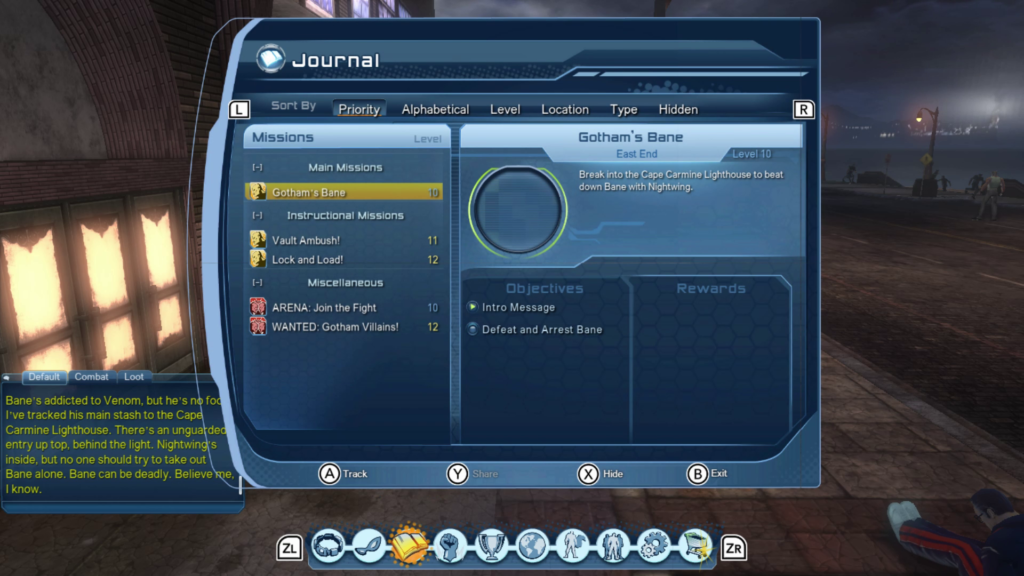 Overall though, it’s still impressive that DC Universe Online is on the Switch console. It can take pride in being the first of the major AAA MMORPGs from the West to make it on there. The game definitely has its moments. From flying around the open world of Gotham seamlessly, to tackling waves of bandits on the streets or taking part in PvP and PvE dungeons, they all feel great on the Switch. The combat and gameplay holds up very well, and players will definitely appreciate the amount of content DC Universe Online offers. The free to play model is also generous somewhat. It lets you have two characters, but there are other areas that requires you to bypass a paywall. This includes the currency cap and of course, DLC content. What would make DCUO on the Switch better is the ability to cross-play with other platforms, and link existing accounts too. Daybreak has said that the former would be possible, although the latter could be a challenge.