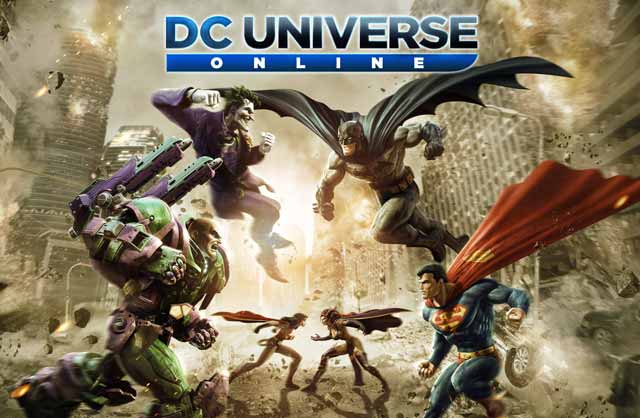 The following DC Universe Online review is simply my opinion put together after couple of hours playing this game. Everything is based of my experience from playing, opinions from my peers and how the game came across before and after release. Again, to play this game or not, is your choice.

Background story (Does it all piece together and where do you come in?)

With action-packed movies of Superman and Batman being released. In 2010, an online cinematic trailer was released for DC Universe Online in Comic Con. The trailer had featured many heroes and villains with a dark background setting similar to the recent movie adaptations.

None the less, it was I.N.C.R.E.D.I.B.LE. The “hype was real” , “It is lit, fam”, and other quotes just flooded the internet. Yes, even I was part of it, I shamelessly admit it.

The trailer themed a post-apocalyptic age where heroes battle villains to the death. We see Wonder Woman perished in the hands of Lex Luthor, Superman; with his heat vision burning the face off Shazam, and the Joker prancing about the battlefield like a child (as we all know he is). However, during the last stand between Superman and Lex Luthor, the latter had won by stabbing a kryptonite spear into his heart. We figured that’s where the story ends, and suddenly out of nowhere, the ultimate villain of all time and the nemesis of Earth itself; Brainiac appeared. That scene really gave the story a kick in the nuts as everyone were on their heels, focusing on what was happening. Although there was no scene about Lex Luthor surviving through the apocalypse and travelling through time, you can tell by his physique and appearance he had suffered an ordeal.

Your story comes in when Lex released a substance that triggers the superhero capabilities of every human on Earth. His deed had caused certain mayhem, but created a fighting chance for mankind. Pretty darn cool backstory don’t you think?

The video was so successful that it currently holds 6 million views. How about that?

Unlike the usual pre-fixed character classes, DC Universe Online went for the idea that players would be able to mix-and-match all the available abilities at the start of the game itself. Needless to say, the developers made a pretty good first impression. Some of the abilities to choose under mobility involves flying or gliding, super-speed or acrobatics. All 3 options were so tempting it took me awhile to decide which. Personally, given the option of being a hero or a villain really gives a different perspective as to how your character progresses and ability to shape your characters the way you want it.

The game encompasses non-targeting combat system with the option of playing on your computer or console.  While it is primarily open world, there are occasions where it is instanced based but not too severe as to disrupt the immersion of the game. Graphically,  the game runs excellently with great details and a lot of flashy movements to give the fantasy. Dodging, timing your skills and strategizing seems to be a major part of the game, which ensures that there is more to combat then slashing and blasting large mobs.

Frankly putting it, it was utterly dull and disappointing. While the game excels in art style, combat and story, the grind is real. Hours and hours of continuous grinding, battling and collecting. Interacting quests were even much worse. The game had such a lacklustre in their questing system that it just bores many players after a couple days. This game is clearly to comparable to games like Dragon Nest where it just features hack-and-slash, spell blasting and levelling up. There was nothing but destruction and repetitive gameplay.

Sure, travelling to locations by flying and climbing high rise buildings is cool but it is easy to get sick of it after hours of gameplay. Mission rewards and character items did not play much role as the game focuses on skill and upgrading your character alone.

Because the game does not require necessary interaction between other players in the game, there is a sense of lacklustre in the immersion. This prevents players to enjoy the game together and run through quests as a group. As we all know, most superheroes or villains tend to work alone as they want to develop their own superpowers. Of course this ensures that the players are not flustered or angered by the actions of other players, but overtime, the players themselves would miss out on the fun activities and other self-devised events.

Overall, the game was successful and is still currently highly populated amongst MMO. It is one of a kind as the visual and playable successor to the comics and movies (well some movies) that we all love. If you want to be a superhero and battle your way through evil or you can play as a villain, be all rebellious and bad; check out the game. It is definitely worth the try and experience. https://www.dcuniverseonline.com/home