Diablo's Deckard Cain Is Coming To Heroes of the Storm

Diablo’s Deckard Cain Is Coming To Heroes of the Storm 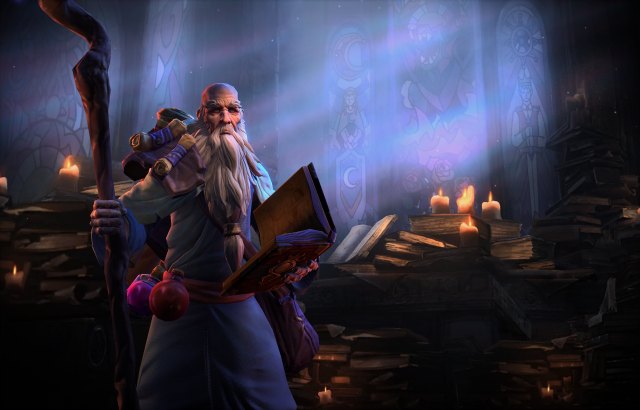 Diablo’s Deckard Cain Is Coming To Heroes of the Storm

Old man Deckard may be a boring lore-heavy grandpa, but he can kick ass. Now, you can put that to test as Heroes of the Storm is adding Deckard Cain as its latest playable hero. The game is all about collecting Blizzard’s mightiest heroes across its games, and now Diablo’s loremaster is the latest on the  list.

The hilarious part about this addition is his range of abilities. Die hard Diablo players will definitely pick up on some of these tongue-in-cheek descriptions. Cain is set up as a healer, deinal and debuffer, but will be weak against mobile heroes and silencers.

His main Q ability throws potions on the ground, and up to 5 allies can pick them up to receive a heal. The W skill is the Horadric Cube that deals damage while slows enemies within range. His E skill is Scroll of Sealing, which roots enemies for 1.5 seconds. Needless to say, it’s just insanely cool seeing him in action, and he’s been one of the most requested heroes on Heroes of the Storm.

As for when we’ll be seeing Cain in-game? Pretty soon one reckons, and he will be available on the PTR before making his way to live. So if you want to get a taste of old man Deckard, be sure to get in on the upcoming Heroes of the Storm PTR tests.

Watch the hero in action here.