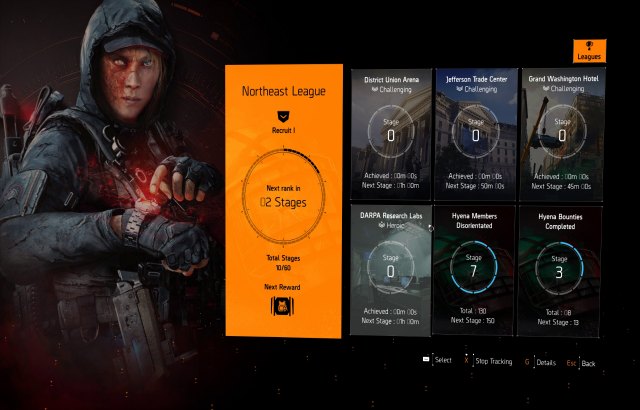 Division 2 has just launched its latest seasonal event this week, the Northeast League. Similar to the last one, players can expect time trial challenges for missions and other tasks to earn ranks and get that sweet Exotic Cache. Here’s a quick guide on what you can do to earn the ranks quickly.

This is one of the two challenge tasks that can be done in open world or in missions on any difficulty. You’ll need to disorientate 200 Hyenas in total to earn 10 ranks, and it’s the easiest of the lot to complete. How to disorientate hyenas in Division 2? Simple. 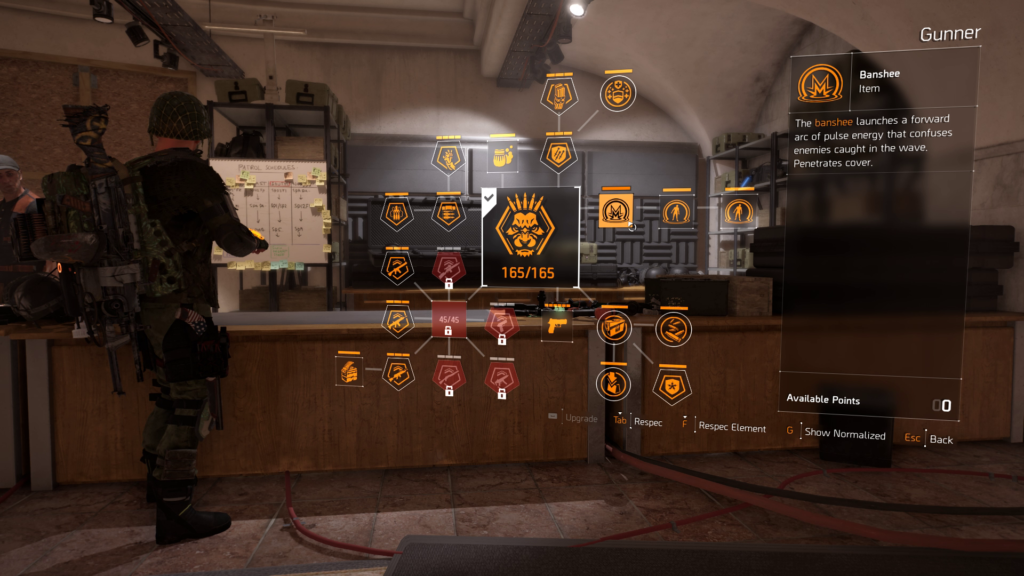 Firstly, you’ll want to have the Gunner specialization unlocked. Simply grab the Banshee pulse skill perk and equip it for the duration of your gameplay session. The skill is easy to use and creates a cone and Hyena enemies caught within it will be disorientated, counting toward the league objective. The best tip to complete this task fast is to use this in areas where the fight space is small, so somewhere like Bank HQ mission will be excellent for this considering its full of hyena enemies too. 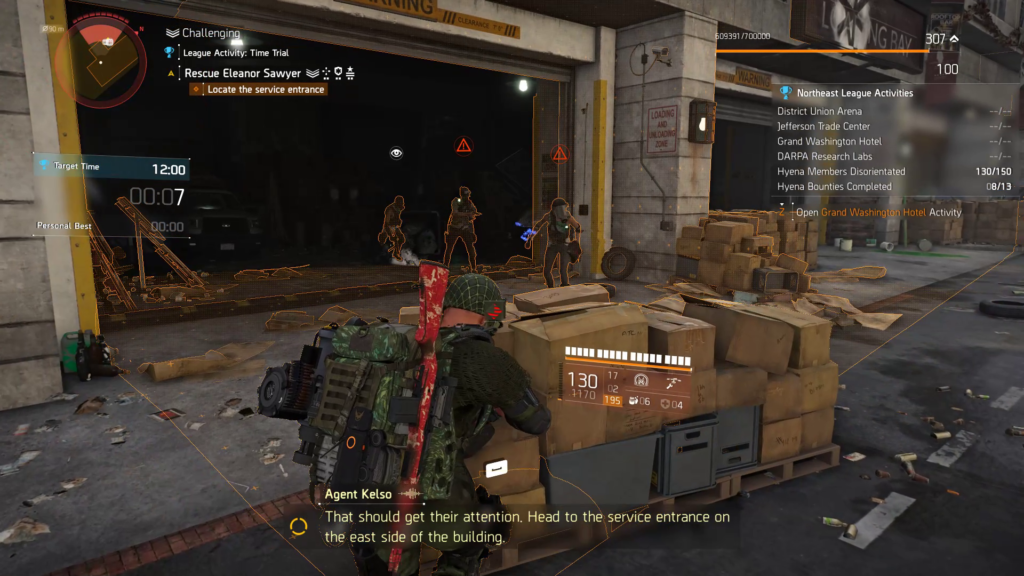 If you don’t have the Gunner specialization, unfortunately there isn’t another skill or efficient way to do this. You can however, shoot the weakpoint of hyena rushers which will disorientate them and any other mobs that’s close in proximity.

This one is pretty straightforward, you’ll want to complete 40 hyena bounties in Division 2 to earn 10 ranks. There can be some complications to this, as some players will not have any hyena bounties on the map. There’s a trick to spawn them though.

The Venus manhunt which takes place in the Northeast of DC are a mix of Cleaners and Hyena factions, so you can reset the manhunt anytime you want and that should give you 3 Hyena bounties to complete. Once done, simply reset the manhunt again and farm them.

Another good way which takes a little longer is to complete Public Execution activities in hyena controlled areas. The rescued civilians will drop Hyena bounties which also count toward your league progress. 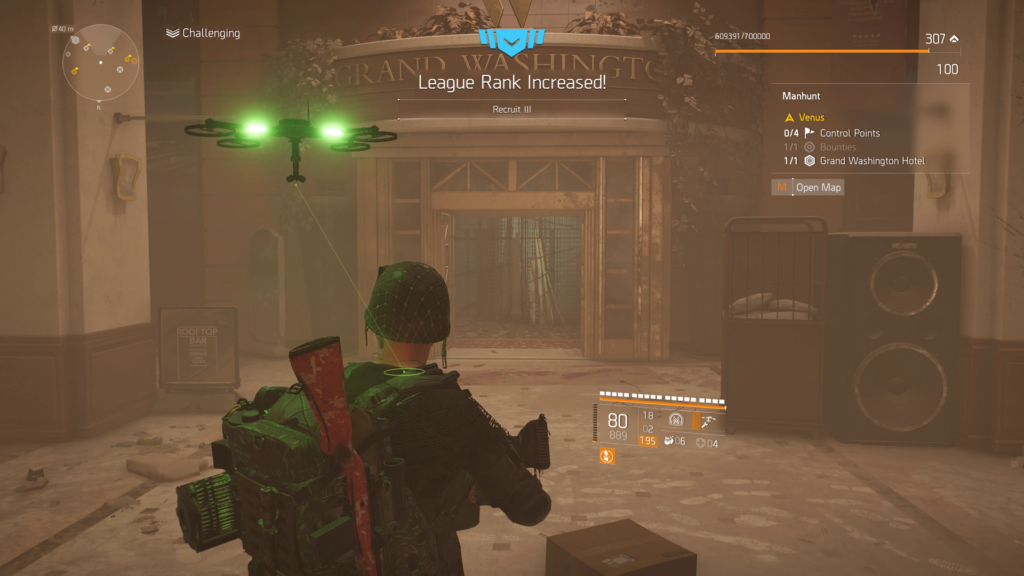 The four mission time trials are very straightforward. Complete Grand Washington Hotel, District Union Arena and Jefferson Trade Center on Challenging difficulty, while DARPA Labs must be done on Heroic difficulty. All the Challenging ones will be easier to do than DARPA, which is arguably one of the worst missions in Division 2 right now.

The best tips for running these missions fast is to obviously go DPS, don’t stop for loot and just power through it asap.

Can I Still Get The Exotic Cache Without Doing DARPA Heroic?

Yes. The way Leagues work is that next week, all the challenges and ranks will be earn-able again, but it will save your overall League rank. So you can hit rank 10 for 5 out of the 6 challenges this week, and hit them again next week. So don’t worry about not being able to farm stuff out in the next 7 days, there will be plenty of time to get that exotic cache and the backpack item.