DRAGON NEST: Pros and Cons - should you play it?

DRAGON NEST: Pros and Cons – should you play it? 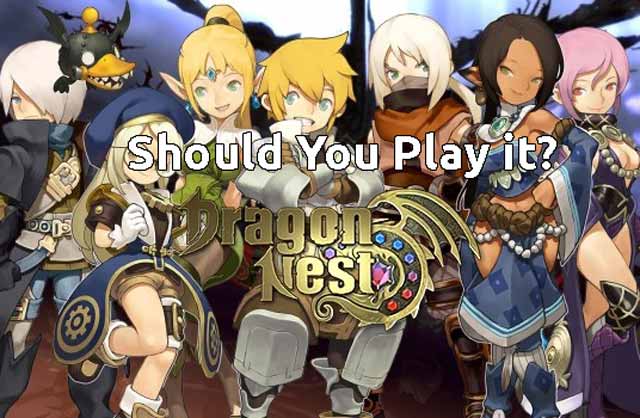 DRAGON NEST: Pros and Cons – should you play it?:

My experience with Dragon Nest has been one of the top roller coaster rides in my MMO experiences. Dragon Nest is an anime-styled MMORPG featuring non-targeting combat system developed by Eyedentity Games and Nexon. All the points about to be mentioned are my opinions mixed with current beliefs of the players themselves.

It is undoubtedly fun to play with a non-targeting combat system, much like the FPS-styled games but more fantasy and sci-fi themed. Dragon Nest pursued the idea of giving the players control over every aspect of the game, whether its gliding, dodging mid-air, casting spells and slashing like there is no tomorrow. The game runs through instances having different levels of difficulty, each more rewarding than the last by a mile. If you need to let loose your inner beast or get out your frustration, this is it.

The game is good and is visually stunning in art style. The style they went for is in fact, appropriate with the theme. Those of you who disagree, that is fine.
But the main attraction are the skill effects. Imagine gliding mid-air, slicing the air and creating waves of slashes and finally descending in a cool manner as the beast falls down.

If you’re more into spells, do not worry…………..They’re awesome as well.

You start off the game without clear memories and slowly, you meet heroes and villains and annoying NPCs that just makes you want to tear your head off and scream.
But still, hating and loving a character is the bread and butter of a storyline well done. I also loved the fact that there is a dark side to this cute anime styled game with characters dying, backstabbing turn of events and more.

(✓) Pay to win throughout the game.

No game is perfect, but there are issues that should be made clear when the community have sent multiple complaints or suggestions. Players are able to buy mounts, boosts and cosmetics that boost their characters permanently. Players who start off at level 1 may have stats of a level 10 right off the bat. It is difficult enough to play this game without any cash shop items, the fact that the game does not allow players to earn store currency by playing the game. Some players who are nice enough were willing to trade in-game currency with store currency. However due to many cheats and con-men, even they were banned from time to time.

Cosmetics are not permanent unless paid by store which costs a fortune. Same goes to mounts and pets in the game. Another notable issue is the voice acting, you would think the game spent so much money into graphics but they spare no time in hiring proper voice actors. It really kills the story when there is just a voice that does not match the character’s looks. Moreover, its 2010 now, instanced based games are now much of a popularity. Open world is the ideal scenario where players can just roam freely without any limitations or portals to run through. The fact that portals are literally everywhere in this game as a form of travelling makes it extremely difficult to enjoy the game.

It honestly baffles me how the classes are all gender-locked. The customization system is already horrendous giving so little adjustments to make one character unique. The skill tree requires spending of points to unlock more skills. Thus, reducing the flexibility and disregarding player freedom to choose whichever skill they fit best. Talk about fumes coming off my head. The upgrade or specialization features skills that is merely a rehash with more damage of the previous skills. Visually, you can tell that it is just an upgraded skill as the effect have only one new element added.

So these are my pros and cons as to how this game had affected me. I’m not encouraging nor discouraging you from playing this game, but I am merely an informant and a gamer.