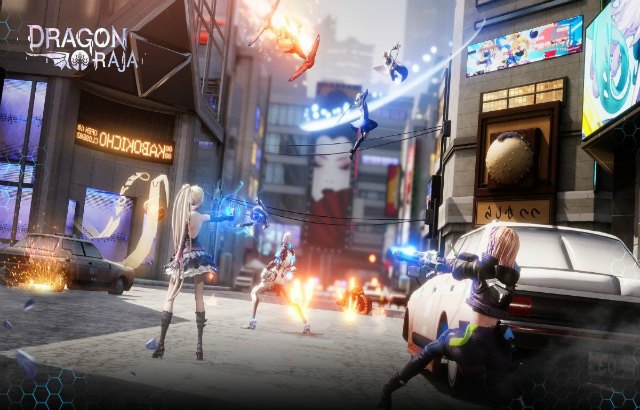 Dragon Raja, an upcoming mobile open-world MMORPG set in a futuristic steam punk fantasy universe has just released a brand new cinematic trailer for the game. The game is garnering huge interest due to how different it looks and what it offers from 90% of the fantasy mobile MMO clones out there, and the latest trailer affirms the game’s stance on delivering a unique experience to players.

Launching in the West next month, Dragon Raja will have fully voiced dialogue, a ton of main story content, full cut-scenes with motion captured performances and it runs on the Unreal Engine 4.

What’s exciting about Dragon Raja is its cyberpunk fantasy setting that looks amazing, not to mention the PvE content on offer. Not only will players have a story campaign, but they can also live lavish second lives and play basketball, take part in racing or night clubbing in-game as activities, which is uncommon in fantasy style MMORPGs.

You can already pre-register for the game on the App Store and Google Play. Check out the cinematic trailer below.