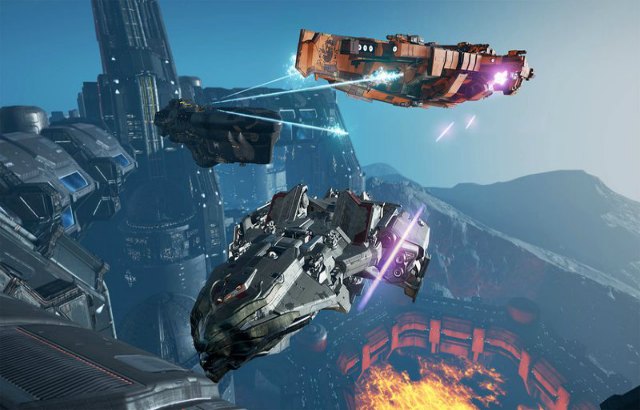 Six Foot and independent developer YAGER have released the biggest feature update yet for Dreadnought, the class-based spaceship action game, on the PlayStation®4 computer entertainment system. These new improvements are designed to give players even more progression choices and ship customization freedom, as well as stronger feedback on their performance in battle. This update contains three patches previously released on the Windows PC edition of Dreadnought, as the development team continues working to achieve parity between both platforms.

Leading the charge, every customizable ship in Dreadnought on PlayStation®4 now offers two loadout slots, allowing players to change each vessel’s secondary weapon, modules and appearance items on the fly in and out of matches. Tech trees have been streamlined with fewer branching requirements, making it easier to unlock higher ship tiers. There are also new enhancements to the game’s real-time combat stats and ship reticles to give players better, more transparent information with each moment, as well as revamped orbit and end-of-match screens to make getting into new matches even more convenient.

Rounding out this massive update are two new preconfigured legendary hero ships in the Sinley Bay market – the serpentine Naga corvette and the fiery Phoenix corvette – as well as a new “Any” game mode button for faster matchmaking.

Dreadnought puts players in the captain’s chair of massive capital ships on the front lines of competitive team-based battles across a variety of multiplayer game modes. There are more than 50 playable vessels to master, each customizable with an array of weapons, modules, coatings and decals. Five distinct ship classes, specializing in tactical roles like frontline assault, long-range bombardment, strategic support and more, offer captains unique powers to exploit the enemy team’s weaknesses and claim victory.

Dreadnought is free to download on the PlayStation®4 system. It is also in free open beta on Windows PC and coming to Steam this fall. For the latest updates, visit www.dreadnought.com , and follow the game on Facebook, Twitterand Twitch.