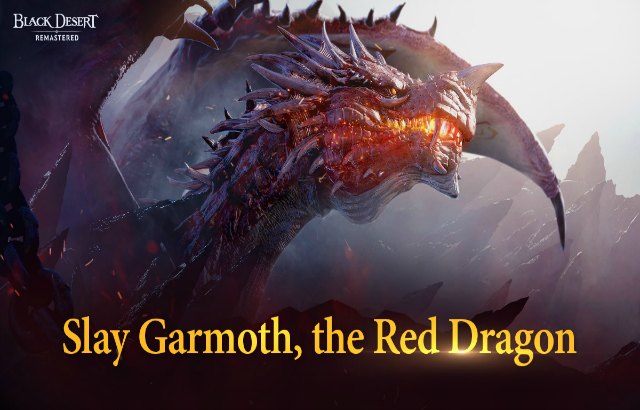 Drieghan, the newest region in Black Desert SEA, is now live! Adventurers exploring this region will come upon a mountainous country ripe for exploring. With a bloody and cursed past stemming from the conflict between dragons and giants from the east who called themselves Sherekhans, a myriad of new content can be found in Drieghan, including over 300 challenging quests and fresh nodes to conquer. Those who wish for a greater challenge can face off against a new, menacing world boss—Garmoth, the Red Dragon! Those who defeat Garmoth may be rewarded with the Heart of Garmoth, which can be used to power up sub-weapons, as well as a chance to obtain a Young Crimson Dragon as a new pet. With Drieghan’s gates now open and so many new adventures lying in wait, Adventurers are ready to explore the land of dragons!

Alongside new lands to explore, Adventurers can now take part in new game features that Drieghan has to offer. Gatherers can test their skills through a new mini-game in which different types of Lakiahros, a rare herb native to Drieghan, can be collected. Selling them will yield large amounts of silver depending on the grade of the Lakiahros. In addition, a new line of weapons aptly named Dragon Slayers, which is similar in power and status to the Dandelion weapons, can also be obtained to help fend off any troubles when traveling. Alongside new flora, monsters, and hunting grounds, Rulupee has decided to recognize those who vigorously complete her Travel Logs and will now reward those who complete 10,000 of her quests. With so many new features, quests, and rewards abound, Drieghan and the rest of the Black Desert world has something to offer for everyone!

Adventurers are also venturing to Mediah to gain a new perspective of the Black Desert world and its inhabitants in the wake of Mediah’s Main Quest Renewal. These renewed quests now offer different perspectives to better depict the histories, relationships, and the forces that are central to Black Desert SEA. Adventurers will be invited to explore the consequences of a pivotal moment in Mediah’s history. They will be able to select a storyline that will focus on this event from one of two vastly different viewpoints: Mediah’s royal family and the Mediah Merchants Union. With these new quests available in Black Desert SEA, take the chance to experience this new adventure!

Adding to the celebrations, guilds are coming together under the new Guild Alliance System to gain even more rewards and promote the spirit of gatherings and teamwork. This system allows an alliance of up to 10 Guilds or 100 members to take part in Node and Conquest Wars. Those that unite their allies under one banner can share in the spoils of war together and become an unstoppable force on the fields of battle across the lands of Black Desert SEA.