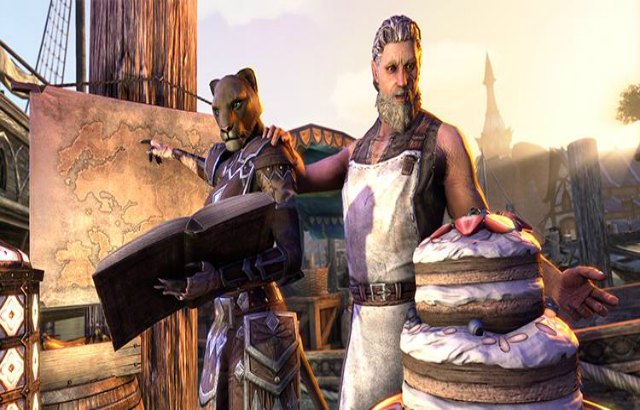 The Elder Scrolls Online is turning three this week. And to celebrate the milestone, the anniversary event will be going live on April 4th at 10am EDT and will last all the way to April 18th.

Players both new and old can look forward to the arrival of Chef Donolon in Tamriel once more. The great chef and famous baker is back with new delicious treats and rewards. He will be in the main cities of all factions, Vulkhel Guard, Daggerfall or Davon’s Watch.

If you run into any complications finding him, there will be a Jubliee Cake Voucher in the Crown Store. Once claimed, it will grant players a quest that will direct you to the Chef’s location. Once his quest is complete, the 2nd Annual Jublilee Cake will be added to your Mementos collection.

Players can then use the cake and place it in the game world. Anyone within your group can take a slice an receive boosts. The boost is in the form of a 2 hour XP buff that stacks with any other active XP bonuses. Do note however, that the XP boost is only valid for the duration of the anniversary event.

In addition to all the above, players can also take part in daily and weekly quests. Completing them will reward Anniversary Gift Boxes that contains crafting materials. The awesome part is that there will be a guarantee of at least one rare item. These could be anything from Motif chapters, Style items or even Furniture crafting items.

All in all, it’s a great time of celebration in Tamriel with some festive activities for all players regardless of level. Happy birthday, ESO!