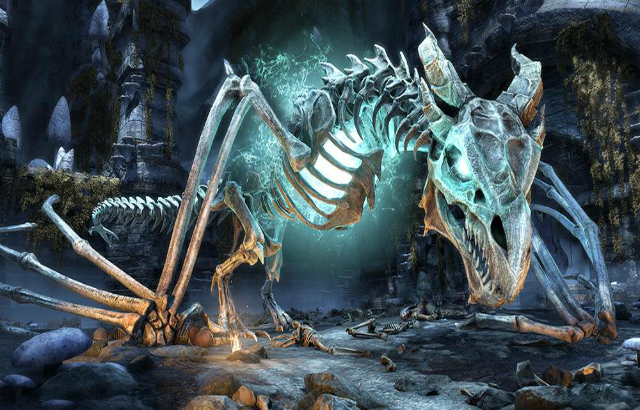 The Elder Scrolls Online’s upcoming Dragon Bones DLC is going to be pretty epic. It’s going to pretty chunky in-terms of content, with new dungeons, PvP modes and tweaks to gameplay systems. Here’s what I’m most excited for come the new update in February.

The thing I’m most excited about is the much awaited addition to ESO’s homestead or housing system. Housing storage is finally coming! I’ve always felt that getting my own house at launch was mostly for fluff. Decorations were a big part of that experience, but beyond aesthetics, it offered nothing for players. Storage changes everything for the better.

This update will allow you to acquire unique collectibles that you can use to store items in your homes, freeing up valuable inventory and bank space. You’ll be able to acquire these new items in game or from the Crown Store. And frankly, doesn’t matter if more storage requires Crowns, I think most of us will pay for it happily.

Of course, the main attraction for Update 17 will be the two new dungeons. More dungeons are always a good thing. Speaking for myself here, it’s the one PvE content I do almost all the time whenever I play, so more options and diversity is good!

These new dungeons pit you and your team against new and returning enemies, including plague-ridden ogres, powerful sorcerers and their undead creations, and even the reanimated bones of an ancient dragon. Yummy.

Both Scalecaller Peak and Fang Lair will be available in normal and veteran modes, and they will include a veteran Hard Mode for the final boss. Those brave enough to explore these new dungeons shall be rewarded with new items and monster sets, collectibles, and achievements. And as an added bonus, the moment you set foot in either of these new dungeons, you’ll receive the Renegade Dragon Priest Mask, completely free.

Another excellent update to ESO coming in 17 is for the Outfit System. This new system will allow you to tailor virtually every aspect of your appearance, regardless of the gear you have equipped.

With the Outfit System, you can change the appearance of your equipment to reflect any of your known crafting styles by visiting an Outfit Station (formerly known as Dye Stations). Whether you’re wearing Light, Medium, or Heavy armor, you’ll be able to alter its appearance, allowing you to always look your very best – and exactly how you want.

And that’s not the end of it

There’s a ton of other updates and new additions that will make ESO a better place come February. There’s new Battleground maps and even a new level up skill advisor system too. All in all, pretty exciting and we can’t wait to jump into PTS next week to check it out!