If there was any doubt that Summerset’s story and as DLC would be underwhelming, drop it. With more hours under my belt, I can safely say that this is probably ESO’s best Chapter DLC since Morrowind. Is it better than Morrowind? I’ll have to say yes. Yes indeed.

In the last post, we already covered some of the basics things that Summerset introduced by way of content. Abyssal Geysers are great organic landscape content that breathes life into the island, and the general side quests are of high quality. We also shared thoughts about the Psijic Order and its new skill line, which is awesome despite the tedious grind to rank it all the way up to 10. 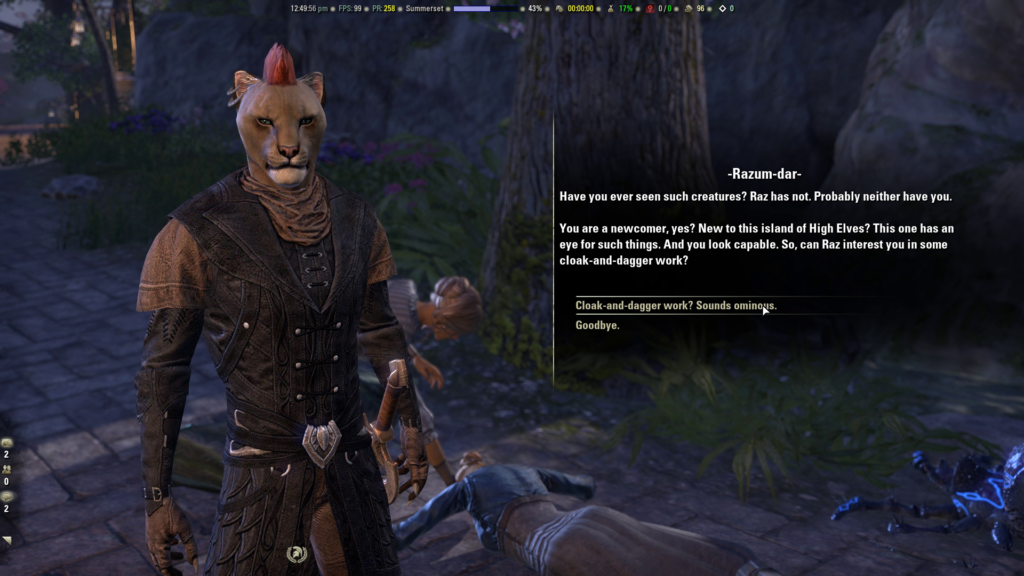 Today, let’s talk about the crème de la crème of the DLC – the main story. Both new players and veterans alike begin their main quest in Summerset with Razum Dar, everyone’s favorite Khajeet. The talking cat is now the Eye of the Queen, and does all the spying and intel gathering for the leader of the Aldmeri Dominion. The story here revolves around the High Elves opening up the island the newcomers, as you might have already known. However, the Triad of Daedric Princes (Mephala, Nocturnal and Claudicus Vile) have other plans. Without spoiling too much, the 25 hours or so following the main story turned out to be an incredible adventure. It introduces beloved old NPC characters, and makes them play crucial roles in the story that will tug at your heartstrings. The great thing about this adventure is how fast it picks up the pace with story beats, ensuring that from quest to quest, you’re always on the edge of your seat. Morrowind’s story a year ago was rather a slow build up.

Over the weekend I did manage to jump into other forms of content found on the Summerset landscape. The six new delves are expertly designed – some of them offering a sense of adventure that is the epitome of what an Elder Scrolls experience should be. A select few were rather short and straightforward – enter, kill the boss for the achievement and get the skyshard – but the rest offered a more mazy, catacomb exploration type adventure. 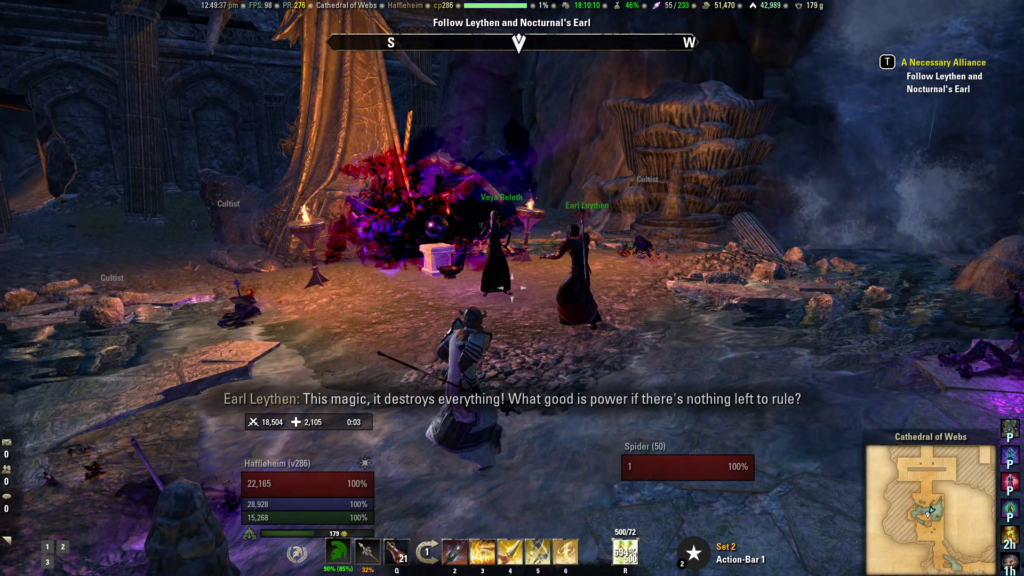 Public dungeons on the other hand, were a great experience. There are two in this DLC Chapter, on opposite ends of the island. They come with independent dungeon story lines, multiple bosses within and of course, skill points upon completion and skyshards to find. Getting a group for these if you are a solo player didn’t prove to be an issue, as anyone with a decent amount of Champion Points can actually solo it just fine. That does bring up a different discussion however, that the difficulty of the landscape content is rather easy. Take nothing away from the design of these dungeons and delves however, they are a blast to play on your first time through, especially if you are a new player.