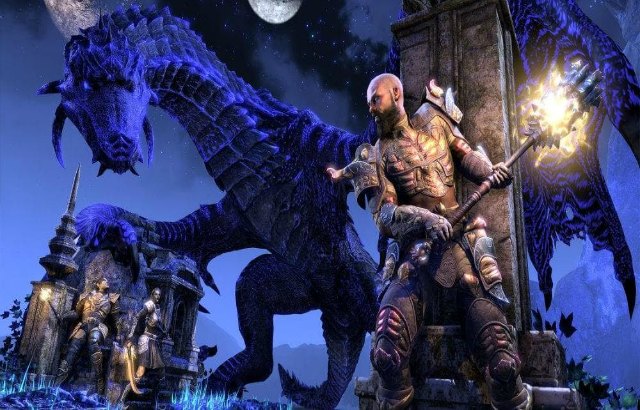 The Elder Scrolls Online will be launching the Harrowstorm DLC this month, the first update out of four in this year’s season long story known as the Dark Heart of Skyrim. Here’s the official preview of what ESO players can expect.

Part of the Dark Heart of Skyrim year-long adventure, the Harrowstorm DLC game pack is coming February 24 for PC/Mac and March 10 for Xbox One and PlayStation®4. This new DLC game pack arrives in tandem with Update 25, a free base-game update for all ESO players. 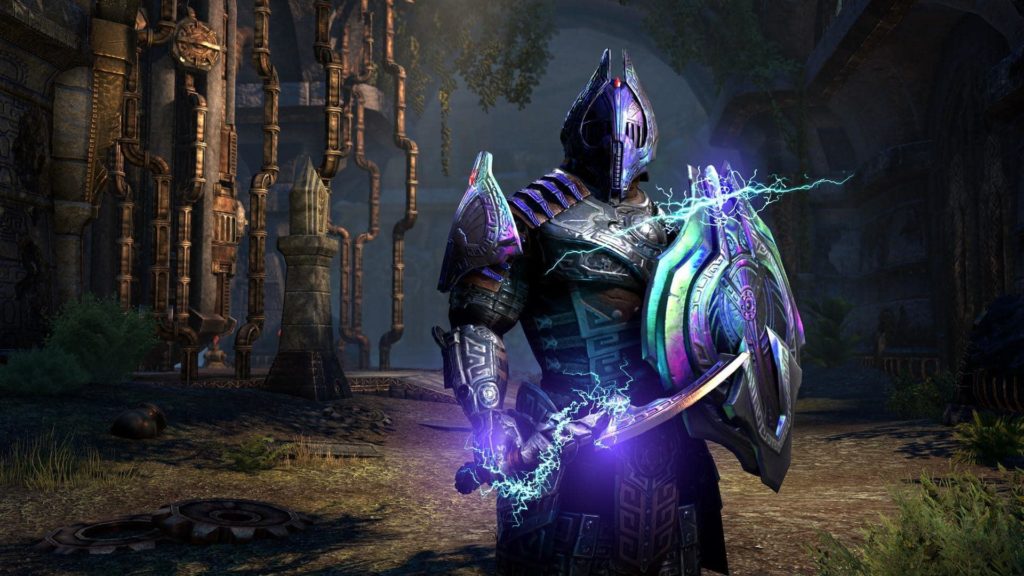 In the Harrowstorm DLC, you dive into two challenging new dungeons that set up the events of the upcoming Greymoor Chapter and year-long Dark Heart of Skyrim adventure.

Raiders and grave robbers have forced their way into an ancient burial site in Bangkorai, seeking an ancient power that has remained imprisoned for centuries. In Unhallowed Grave, you must enter this long-forgotten tomb, uncover the reasons for the crypt’s invasion, and put a stop to the invader’s plans before it is too late.

Skyrim’s northern coast is beset by a terrible, supernatural storm. The origin of this maelstrom appears to be the island home of a powerful coven of witches. You and your comrades must travel to Icereach, confront the witches, and shut down their deadly ritual before it brings ruin upon all of Skyrim. 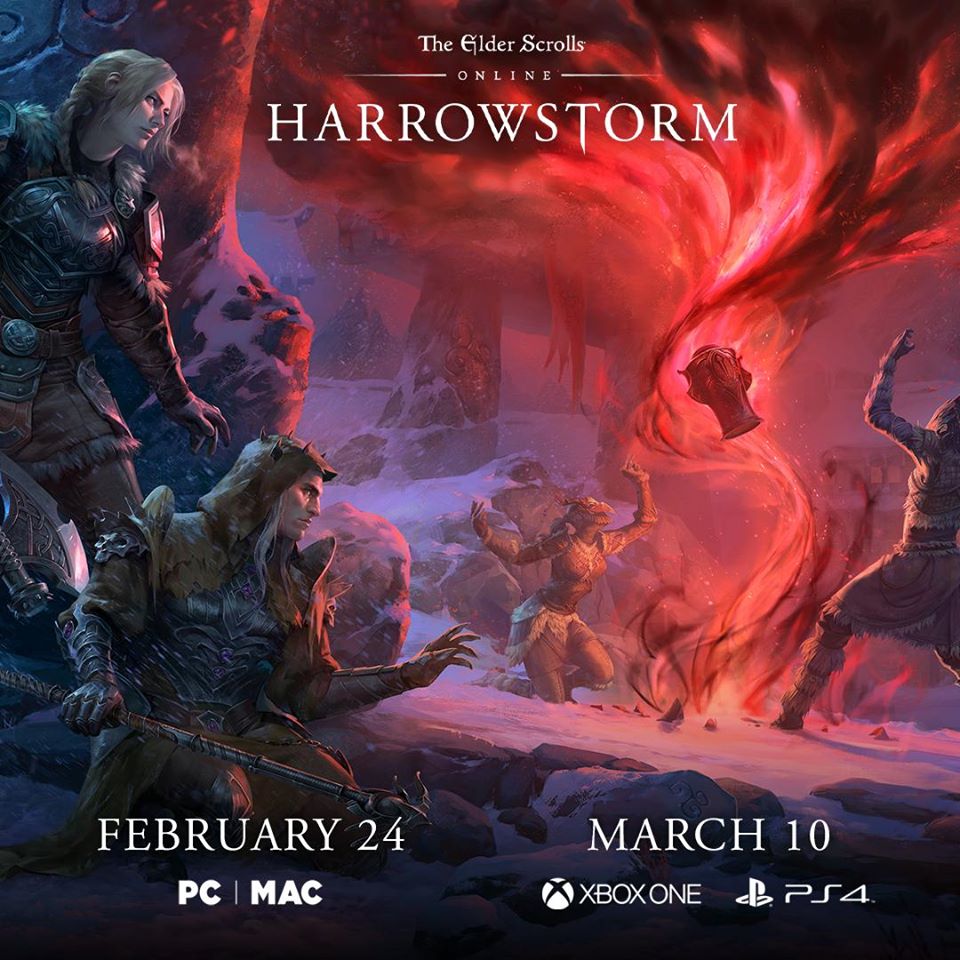 All New Collectibles and Gear Sets

Should you put an end to the schemes of the Icereach Coven, you’ll acquire items and collectibles not available anywhere else in Tamriel. This includes four new gear sets (including a monster set) and collectibles such as style pages, dyes, furnishings, and more!

For example, the Titanborn Strength medium set improves your effectiveness with physical weapons and continues to strengthen your attacks as you take damage in combat. Perfect for the warrior who likes to fight right in the thick of it—like any good Nord!

Launching simultaneously with Harrowstorm is Update 25, a free base-game patch for all ESO players. This update continues to implement the planned performance improvements and introduces a series of new features, fixes, and balance changes.

With Update 25, the game is implementing a series of improvements that help framerates on all platforms. This includes changes to the effects manager and addition of multi-threading. This is only the first step in improving framerate for all ESO players, so keep an eye on the Performance Improvements Plan article for the latest information.

This update also implements a massive patching overhaul for the ESO game client, changing the way the game is downloaded, patched, and stored. This change dramatically reduces the amount of space ESO takes up on your hard drive. However, with the implementation of this improvement, ALL ESO players on every platform will have to re-download the game client upon the launch of Update 25. Keep an eye out for more information regarding this process in the near future. You can even earn yourself a free Crimson Torchbug pet for your troubles!

For everything coming as part of the Update 25 base-game patch, including a combat fixes and improvements, you can check out the PTS patch notes on the official forums.