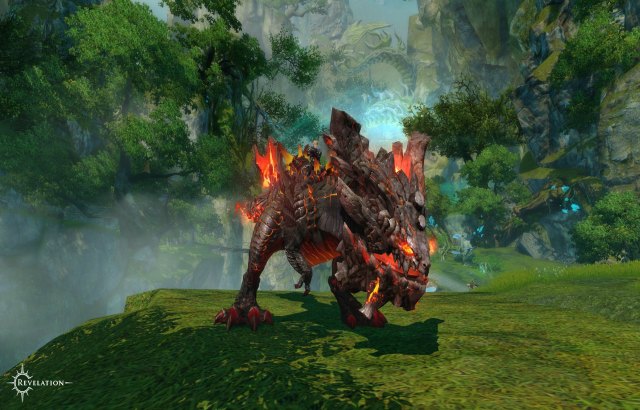 Players can challenge them in the depths of the chasm for some epic loot. There’s a bunch of rare and awesome gear sets to obtain, among other things. However, the ultimate reward will obviously be the brand new Flameborn Tyrant. It just so happens to be an extremely rare fire dinosaur mount. Players can only obtain it in this update.

The new update is definitely going to be a challenge, and players must muster in strength and numbers. Here’s a list of all the foes you’ll come up against: