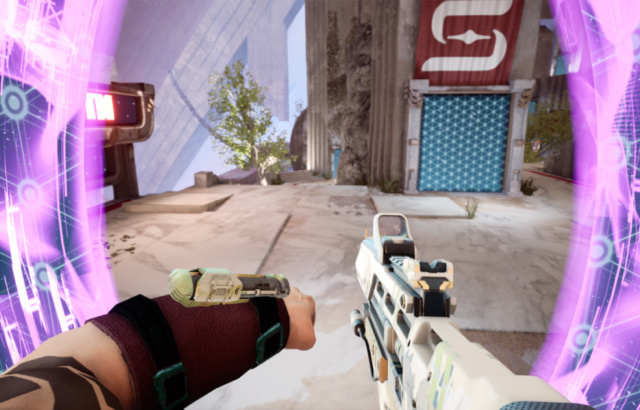 One of the defining games of summer 2021, Splitgate’s Season 0 swings into action today with all-new challenges that unlock throughout the season allowing fans to gain rewards. Season 0 features both free and premium challenges, with premium challenges available exclusively to Battle Pass owners. These will be more difficult to complete than the weekly and daily challenges, but will pack bigger rewards for the most dedicated players.

Season 0 also features the latest map, Karman Station, to launch among Splitgate’s 20+ available maps, transporting players to a stunning and dangerous open galactic playground set in outer space. With a sprawling and exposed center, the map also features an outer sniper tower which serves the controlling team by helping to track enemy movements. But be careful, teamwork is necessary to overtake objectives in adjacent corridors and rooms.

Players jumping into Season 0 have the option to choose from hundreds of exclusive weapon skins, armor skins, banners, jetpacks and more, alongside new premium DLCs including a new starter character and weapon pack, or choose the Gold Edition with the most intimidating character in the Splitgate universe, an exclusive legendary portal and jetpack, and more.

Splitgate is an online multiplayer first-person shooter that features player-created portals. Initially launched for PC in 2019, the flagship title from 1047 Games was re-released for PlayStation and Xbox consoles in the spring and has experienced a meteoric rise in player adoption to become one of 2021’s most unstoppable games.

The latest updates and announcements can be found by following 1047 Games on Twitter, Discord or at Splitgate.com.