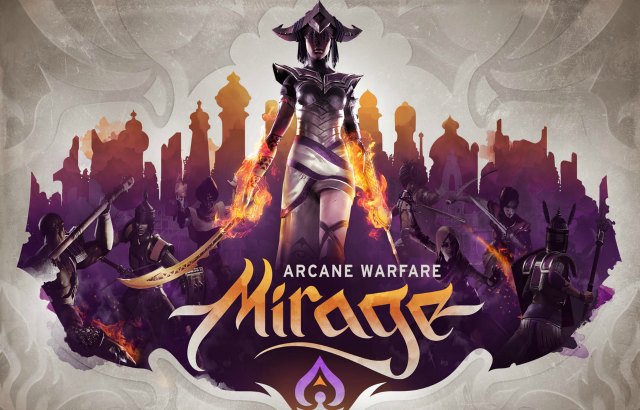 You’ve probably heard of Mirage: Arcane Warfare if you’ve played Chivalry: Medieval Warfare. If you love that genre and are dying to see what Torn Banner Studio’s latest game is all about, you pre-order it on Steam right now. Mirage: Arcane Warfare is currently in closed beta but players can gain access instantly if they buy a pre-order package. The game will officially release in May this year.

For impatient players, the basic pre-order can be bought for $29.99. There’s also a special edition which comes with exclusive in-game armor, artwork and a copy of Chivalry: Medieval Warfare. The latter will set you back $39.99, but players will get 10% off for pre-ordering.

The game is set in a unique and magical world where arcane and melee combat is a way of survival. Players take part in PVP matches with a variety of familiar modes, as seen in games like Overwatch and Paladins. They key differences are in the aesthetics, they physics and in the classes.

It’s unmistakably an FPS shooter game, but with a very interesting concept. The pre-order numbers will tell a significant tale about the genre. Will players flock to this for love of the developer? Or are they a little burned out from all the FPS gimmick team match games that are coming out lately?

Nevertheless, the closed beta period leading up to launch will be vital for Mirage: Arcane Warfare. First impressions and player feedback will be important here, and it’s what Torn Banner Studios does with it that counts. Many games sink even before they float, so we’re wishing all the best to the game. We’ll definitely give it a shot (should we get a key!).