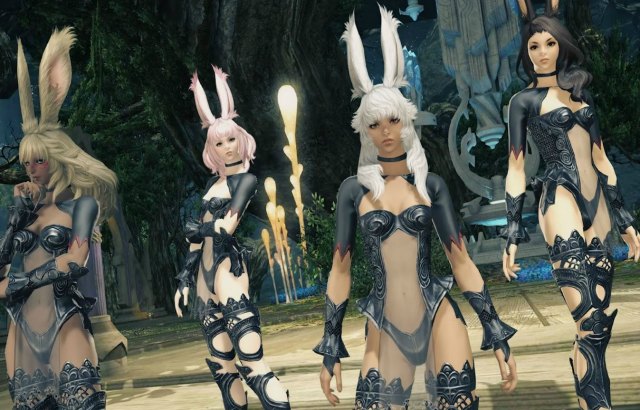 Square Enix held another Final Fantasy XIV Fan Festival in Europe this weekend, and there were surprises. Many more features were revealed at the festival to the delight of fans. This includes reveals on a brand new Job, playable Race, zones and more. Here’s all the major reveals that you need to know about to get you hyped for the release of FFXIV’s Shadowbringers expansion this summer.

While the exciting stuff above will dominate headlines, let’s not forget the important details. The Shadowbringers expansion will officially launch on July 2nd 2019. This is rather late in comparison to previous Final Fantasy 14 expansions. However, players who pre-purchase the game will be able to play Early Access on June 28th 2019. Time frames have yet to be announced, and do keep in mind that the dates can change at any time.

For end-game players, a new Alliance Raid series has been announced. Guest Creators for the series are Yosuke Saito and Yoko Taro, who’s projects include NieR Automata and Dragon Quest. Therefore, it’s pretty exciting to see what the raid will encompass, and how this match-up will mix together. 2018 saw FFXIV team up with Monster Hunter: World, so 2019 could be another excellent year. Players can start pre-ordering the Shadowbringers expansion on February 6th 2019, so get your money ready.