Games to look forward to in 2017 and little bit facts.

Games to look forward to in 2017 and little bit facts. 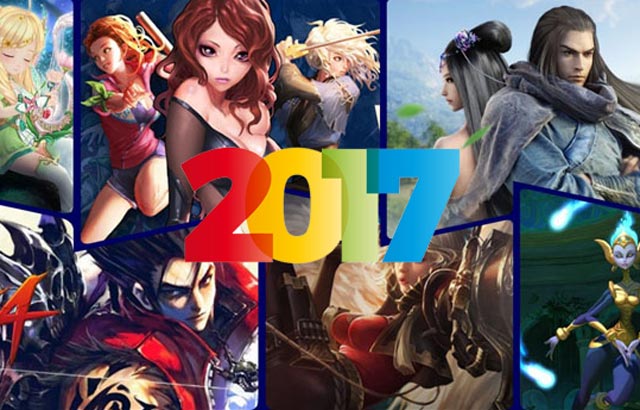 Games to look forward to in 2017 and little bit facts:

The Western game has been one of the many hyped games that has yet to disappoint. Based on the gameplay reviews we all watched, Chronicles of Elyria is definitely at the top of the list of games to play. The games main attraction is the freedom and ability to grow old and die with your character. You get to pursue any profession in this world and yet, climb the ranks towards the heavens. Each time your character dies, it loses its lifespan ability to revive and ultimately reach an end-game of death. Hence, death is literally inevitable. Players run the economy in this game, as each items has no rarity or value placed on it. Laws and rules can be created by the high ranking players but not necessarily obeyed. Of course, punishments are also implemented…..if caught. So do not get caught if you do plan to play as a character working the underground or black markets, dealing with illegal activities. Players ultimately aim to be king or queen of the noble races, by doing so they prolong their characters potential to revive in the new world. The game is also showing promise by constantly exploring and expanding to new areas. New kingdoms being forged and built to fight and conquer one another. A global-scale MMORPG that is not limited to a single map.

A successor to the great Maplestory, comes a 3D adaptation of it. We get to see our cute, chibi and anime-styled MMORPG come to life once again. Now with more new features, more surreal gameplay and difficulty. Of course, high-rise climbing and epic bosses now. This is no longer the key-spamming and high-damage MMO, no, this is strategic and cooperation between other players. No longer a single-player RPG, but now more acknowledging towards the term of MMO. Working and interacting with other players. Essentially, role-playing is also a necessary factor to create a greater immersion. As of now, the Korean version is available and other regions are expected to be released as of 2017. If you cannot wait, then jump on the Korean servers and get a translator. Maybe pick up a Korean language class or two, would not hurt. Either way, don’t miss out on some 2003s childhood that is sure to kick you right in the funny bones.

Get crafting, build your sweet crib. Get friends to come over and have a little fun. Go around wreaking havoc and just bully some players, if you’re into that. Or run the economy by having insane amounts of income and items to sell. Buy your cars and mounts, ride around the world by simply looking dashing. Make other players go green with envy as you show off your latest equipment and skill. Of course, do take some time to actually reach level cap and do something worth for your character. PVP, Boss fights and Instances are also something to look forward to. Most important of all, form a guild or a party, games like these are just important to share with others and to bond over.

Released around early June 2016, was one of the top games looked forward to. In addition to the MMORPG Age of Conan, this one is a more surreal experience to behold. Yes, there is gore like splitting your opponents in half and all sorts. Whether or not children should be playing it, that is up to their parents. Just know that this game is hitting the markets and is about to go as wild and rampant as Conan will be. Build towns to cities from scratch, run the economy, become a noble and run the kingdom. Wage wars and conquer on other kingdoms and forge your own destiny. It is an open-world sandbox with unlimited barbarian potential. Note that this game is still fairly new and some things may or may not reach the expectations you were having. But right now, I don’t see it being disappointing one bit. Be the barbarian you need to be, in this game.

Explore the lands before settling down. Hunt yourself a meal in the lush greenery forest with deadly animals lurking behind every bush. Cross over the harsh desert areas and hunt down monsters for bounties. Watch out of the scorpions, they’re as big as mammoths if I am correct. Protect your kin and fear off all the evil thieves and pests around your kingdom. Conquer the world of Conan and become the true king of the world. Find treasures like you’ve never seen before, explore the deep dark dungeons to learn what secrets of the ancient ones had hidden. There is just so much to do in this game that there is just not enough in our lifetime to do so. So get started and get rocking.

Another Eastern MMORPG worthy to be at the top of the ranks. Moonlight Blade features are ancient Chinese era where martial arts were the real deal. Only difference is, you get to actually fly about and climb high rise building with a snap of a finger. The game is open-world and is just beautiful. Even under low resolutions, you can tell that it is already great to behold. Just imagine cranking up those graphics to max and you’ll feel like a thousand times more immersed into the game. Remember that this is just a game, not real life! The game is currently in an Asian language but will soon be released in an English version sometime around 2017. The game limits cutscenes but actually tells the story while you’re inside the game. So this kills off the pause and waiting for an epic battle. Free-to-play, open world and non-tab-targetting controls. Therefore players have total control over their characters, require proper positioning and dodging of skills. Character customization is exquisite and diverse to make sure you like your character the way it is. As many have mentioned before “play better as you look better”.  Weather and seasons changes accordingly but it also makes sure to fit with the environment that you are in. I would say that this game is on par with Revelation Online but both would have a lot more to prove in order to actually distinct one another.