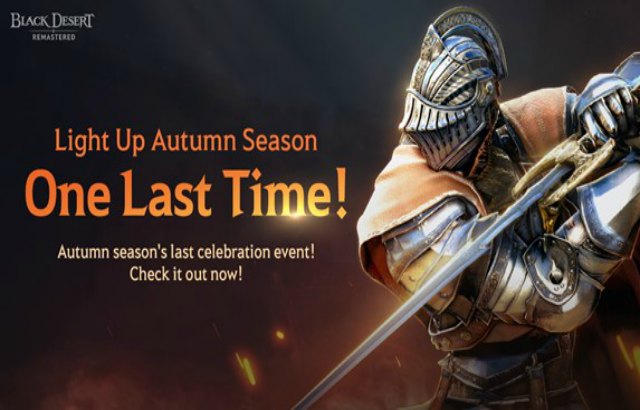 Starting today, Adventurers can copy a piece of their gear and enable another character to use it by burning Marni’s Unstable Fuel. Those who are level 56 or higher can complete a special questline which will unlock the Item Copy function. With this new function, Adventurers can tag their main character with the desired gear equipped to a different character to allow both characters to use the same gear.

Moreover, a new Arcana of Fate system has been added to the Black Spirit’s Adventure game board. Adventurers can now obtain Arcana cards which will help them get desired rewards or complete a lap of the board. These special cards can be obtained when the Black Spirit lands on the CARD square of the game board.

As the Autumn Season is close to an end, a special boost will be offered until December 2. Adventurers who complete the event Challenge can select a buff that is offered only to Season Characters. The selected buff will immediately give them an additional 100% or 200% EXP.

Last but not least, Adventurers are highly encouraged to team up and defeat Basilisk for handsome rewards. Until December 1, they can accept a special weekly quest from the NPC Rahim who will provide only a single quest to be completed. Adventurers are then required to team up to defeat the Basilisk Guardian, which will earn them materials to complete the quest. Rewards such as Ancient Spirit Dust and a Gold Bar 1,000G will be rewarded.