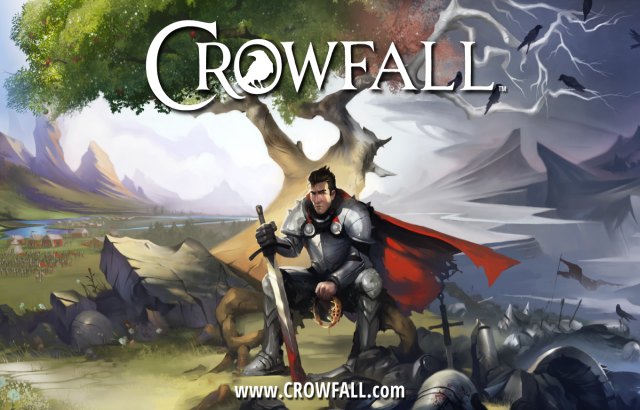 Independent game developer ArtCraft Entertainment, Inc. announced today that they have entered into a formal partnership agreement with Innova Co. SARL to bring their flagship MMO title, Crowfall®, to Russia and the Commonwealth of Independent States (CIS).

“Innova has achieved an amazing degree of success building and launching competitive Massively Multiplayer Online games in Russia and the CIS,” explained Gordon Walton, president and executive producer at ArtCraft Entertainment. “They have amassed more than 55-million players on the 4game network by offering some of the most engaging, successful MMOs in the world. Crowfall will be a perfect addition to the platform.”

A new type of massively-multiplayer experience, Crowfall is the first online Throne War, a dynamic virtual world where players take the role of kings, queens, mercenaries and assassins vying for supremacy in the quest for glory, wealth and power.

Alexander Harutyunyan, CEO of Innova, said “We are thrilled to be able to launch Crowfall to our very eager MMO player base in Russia and the CIS. And we are just as thrilled to be working with the ArtCraft team. They are a highly experienced team with a long track record of success and Crowfall is one of the most highly anticipated MMOs out there today.”

Crowfall differs from standard MMOs in that each server represents a single “campaign” with a unique map, unique rules, and a limited timeframe. Each campaign lasts only a few months before one guild or alliance conquers the map and wins, and the players move on to the next campaign.

“Gamers in the Russia/CIS territory are known to be hyper-competitive,” notes J. Todd Coleman, ArtCraft Entertainment CEO and chief creative officer. “Crowfall is a fantastic fit for this audience, as the nature of our game – the first online Throne War – will give them a chance to prove their dominance like never before.”

Crowfall has established itself as one of the most highly anticipated independently-developed online games in the world, raising more than $20 million in funding from backers, investors and partners.