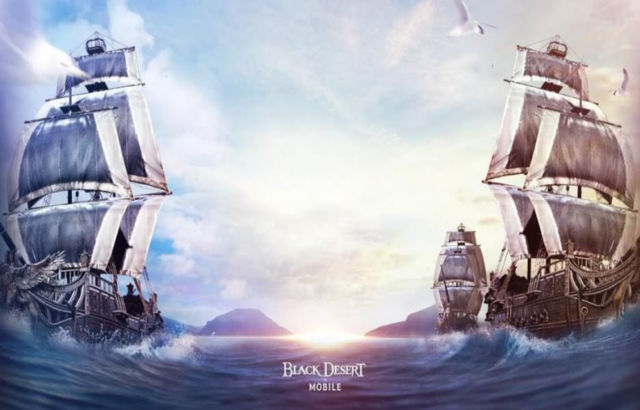 If you love the ocean and fishing in Black Desert Mobile, the brand new new Nautical-themed content update called the Great Ocean has arrived today for Black Desert Mobile players. This massive expansion includes a whole new region for players to explore and comes with brand new features and activities.

The Great Ocean is a new region players can discover after they have completed the North Valencia quests. On the map, players can then see a fog-covered world mass that is ready to be explored and conquered as naval warfare is a big part of the Great Ocean content.

Players can show off their mastery of the waves and combat skills by unleashing cannon fire on their opponents and wage battle against ferocious sea monsters and fearsome pirates. The intuitive cannon controls allow players to quickly and easily bombard enemies but holding, aiming, and releasing the fire button. Players must also defend their loot from opponents in engaging PvP naval battles.

When sailing across the wide ocean, players can spot flocks of seagulls from afar which indicates rich flocations to fish and exchange their catch for valuable craft materials, such as plywood and steel that can be used to upgrade ships.

Players can also reach a new battleground; Padix Pirate Island, by looting an invitation from sea monsters and pirate ships. Once on the island, players and their ship’s crew can begin to battle against pirates.